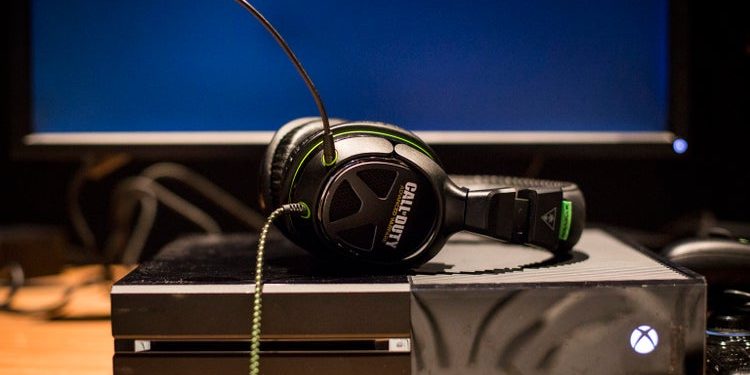 
On January 18, 2022, Microsoft (MSFT) announced its acquisition of Activision (NASDAQ:ATVI) for $95 per share in an all-cash transaction. ATVI’s share price continues to hover around ~$80 as investors remain skeptical about whether the regulators will approve the transaction and uncertainty regarding the upcoming shareholder vote.

Based on an anti-trust review analysis, I believe the FTC will eventually approve the transaction. Downside risk remains capped even if the FTC approval does not pan out, making ATVI an attractive merger arbitrage opportunity with an ~18% upside within 14 months.

Vertical mergers had remained unchallenged for over two decades till recently. There were three mergers challenged: Illumina-Grail, NVIDIA-ARM and Lockheed Martin-Aerojet Rocketdyne. The first was consummated and is currently undergoing court proceedings. While the latter two deals were abandoned. The reason cited for disapproval of all three mergers was consistent, being that a sole supplier of critical downstream input was being acquired.

There has been a consensus that the FTC will view the merger as a vertical merger. The reasons are (i) MSFT’s key revenue-generating segments remain the Office and Windows businesses and (ii) Xbox being a platform with gaming content as a downstream input.

Given that ATVI does not provide “critical” gaming content inputs, FTC will have a hard time denying the merger if it views it as a vertical one. Further, there is a multitude of successful media content consolidation precedence in support of an MSFT-ATVI merger (think Disney-Fox, Discovery-WarnerMedia and Amazon-MGM).

Consumers could be harmed and competition stifled if MSFT was to convert popular titles like Call of Duty to Xbox exclusives. However, MSFT has confirmed that at least Call of Duty will remain available on the PlayStation platform. As such, there remains no reason for FTC to deny this merger from a vertical merger standpoint.

It could also be argued that the merger is a horizontal one given MSFT’s presence in the game publishing space with games like Halo, Minecraft, Forza and Gears of War. This presence has since expanded with the acquisition of ZeniMax Media (owns The Elder Scrolls and Fallout IPs among others).

The FTC will review the historical impact of recent mergers, entries, expansions or exits in the video gaming market or similar markets to determine the competitive impact of the merger. There is limited historical precedence in the industry for acquisitions of ATVI’s size. The closest is Tencent acquiring a majority of Supercell for $8.6 billion. This acquisition did not prompt any price increase, instead, the prices of virtual goods went down.

A similar precedence that the FTC could reference would be the Disney-Fox merger. Both mergers are similar in terms of the acquisition size and being in the entertainment content category. The Disney-Fox merger ended up as a plus for consumers. They were able to enjoy the huge library of Disney-Fox content offered via Disney Plus at a lower price point than Netflix.

Given the above precedences had a positive impact on consumers, the FTC will find it challenging to deny the merger on such grounds.

Loss of a substantial head-to-head competitor

MSFT and ATVI are competitors for sure, especially in the first-person player shooter (“FPS”) genre. However, it would be challenging to argue that they are substantial head-to-head competitors given the huge range of popular alternatives. These alternatives, which are available on both consoles and PC, are priced as low as free in the case of Fortnite, Apex Legends and Team Fortress 2.

Elimination of a “maverick”

A “maverick” is a firm that disrupts the industry be it through new technology, business model or resisting price increases. Elimination of such a firm will likely bring about an adverse competitive impact given its disruptive effect on the industry.

ATVI has not bought anything new to the table in recent years. It has stuck to its tried and tested franchises – Call of Duty, Candy Crush and World of Warcraft. There were incremental gameplay improvements, but innovation remained lacking. The business model has remained the same and it has been following the traditional gaming pricing model. It would be fair to say that ATVI has not been a disruptive company in the gaming industry for a long while. As such, no “maverick” is being eliminated in this merger.

If any, this would be the most likely cited reason by the FTC to deny a merger. While trying to determine the change in market concentration, how the market is defined matters. FTC has denied mergers on grounds of increased concentration in a narrowly defined market. A prominent example is the 1997 Staples-Office Depot merger, the combined company would only control 6-8 percent of the overall office products market (barely significant share). However, the judge blocked the merger in acceptance of FTC’s “office supply superstores” market definition. The merger attempt was again blocked in 2015 using “B-to-B office supply” market definition.

If one was to narrow the market to games on PlayStation and Xbox only, the increase in market concentration through the merger is 5.5%. The market share research in Table 1 highlights the fragmented nature of the market. Even an established giant player like ATVI holds only about ~10% of the market. A combined ATVI-MSFT market share of ~16% is nowhere close to holding monopolistic power.

If one was to narrow the market further down to the first-person shooter (“FPS”) genre on PlayStation and Xbox only, the increase in market concentration is less than 3% (Halo series). As per Table 2, ATVI does have a domineering market share in the FPS genre. On the other hand, MSFT has a limited presence in this genre as the Halo series is only available on Xbox and its popularity remains far behind that of Call of Duty.

Both market share analysis highlights that there will be a limited increase in market concentration. Thereby, a challenge by FTC on such grounds will be unlikely to pass muster.

Why The Huge Spread?

There are two key uncertainties behind the huge spread: (i) the need for a majority shareholder vote and (ii) changing merger regulatory environment.

Shareholders could vote to reject the merger. It is usually led by activist investors with significant stakes in the company. Given there has not been any activist opposition to date and only a simple majority is required, I believe the vote will pass with no issue.

The FTC has stated that it will be reviewing materials not covered in the guidelines such as consumer data access, impact on the game developer labor market and impact on mistreated employees. Given the workplace harassment concerns at ATVI, FTC will likely focus its attention on labor issues.

Game publishing studios have historically been known to have poor working conditions with forced overtime, toxic culture and low pay. The industry has been able to get away with it as labor supply far outstrips demand. I highly doubt the MSFT-ATVI acquisition will change that industry labor dynamics.

I would say that MSFT has some of the better workplace culture in the industry. Learning from its errors of excessive involvement in Lionhead Studios (developer of the Fable series), MSFT has since taken a hands-off approach to acquired studios. This has worked well in many cases with few complaints heard. One of its acquired developers, Playground Studio, was even named one of the best places to work.

Nonetheless, MSFT also has its share of workplace issues in one of its studios, Undead Labs. The workplace issues seem to have come about due to the departure of its founder. But MSFT has since taken corrective actions in pushing out the involved HR executive and investing in diversity and inclusion.

MSFT’s emphasis on workplace culture is also evident in giving up on working with an acclaimed studio, Moon Studios (developer of the popular Ori series), due to toxic workplace culture. One of its key executives, Bonnie Ross, Head of 343 Industries (developer of Halo Series post-MSFT’s split with Bungie), has been instrumental in driving diversity in the gaming industry.

I believe MSFT is well-positioned to correct the toxic workplace culture at ATVI, which is likely the reason why it went ahead with the acquisition. ATVI under MSFT will most likely be a much better working environment for existing game developers. With that in mind, I find little reason why the FTC should stop this acquisition.

Based on analysts’ free cash flow projections, a conservative discounted cash flow valuation as per Figure 1 will yield a price target of US$82. The valuation accounts for a $3 billion payout by MSFT should the acquisition fail due to antitrust issues.

Nonetheless, if an investor is unwilling to wait for the company to trade at its intrinsic value, a low 13% downside probability versus a high 18% upside probability remains an attractive risk-to-reward profile.

Given the size of the transaction, the parties are expecting the conclusion of the merger by June 18, 2023 (final extension deadline). MSFT will be on the hook for US$2-3 billion should the merger be terminated due to antitrust issues.

The special shareholder meeting to decide whether to proceed with the merger will be held on April 28. A majority vote is required else the merger agreement will be terminated.

In the meantime, MSFT/ATVI will be compiling and submitting the information as requested by the FTC. According to the guidance, the FTC has 30 days to review the submitted materials. But the FTC has been known to take far longer, which will likely be the case for such a prominent merger. My projection is the approval will come in Q1 2023.

It is undeniable that there is risk involved else a spread will not exist. However, in this specific case, it seems the market has greatly overestimated the risks leading to an attractive arbitrage scenario.