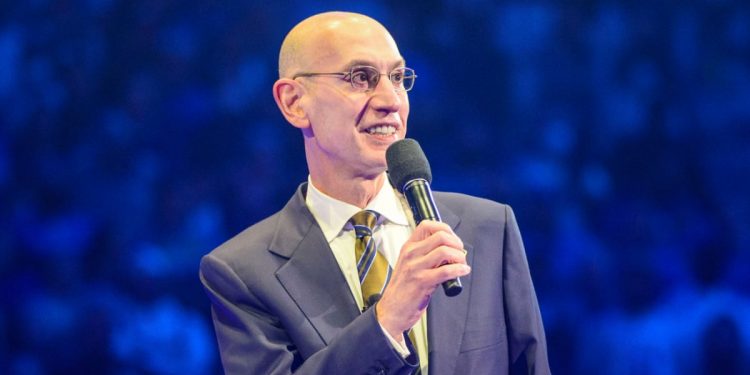 During a Wednesday press conference, NBA commissioner Adam Silver said he and the league plan to look into “a trend of star players not participating in a full complement of games.”

Silver brought up this issue when asked about the Ben Simmons and the 76ers’ ongoing arbitration. He said he would rather focus on the trend above of various star players missing big chunks of games.

“I’m not standing here saying I have a great solution,” Silver said, via ESPN. “Part of the issue is injuries. One of the things we have focused on at the league office and we’re spending—we had begun to spend a lot of time on pre-pandemic—are there things we can do in terms of sharing information, resources around the league to improve best practices, rehabilitation?”

The commissioner mentioned that the play-in tournament was an addition made in 2020 during the beginning of the COVID-19 pandemic in order to interest the players. He said he’s been happy with the tournament, and he is interested in introducing more in-season tournaments.

“The other way we can get at it, in terms of player participation, is creating other incentives,” Silver said. “The Play-In Tournament, I thought, was a beginning of creating renewed incentives for teams to remain competitive and be fighting for playoff position. It may be through in-season tournaments and changes in format where we can get at it.”

Silver also said if the number of games per season at 82 is too many, the league can consider decreasing the amount of regular season games.

“I also have said in the past, if we have too many games, that’s something we should look at as well,” Silver said. “It’s something, as we sit down and we’re looking at new media deals and looking at a new collective bargaining agreement, we will be studying. There wasn’t any banging of the table or anything like that. From my discussions with players, they recognize it’s an issue, too. The style of the game has changed in terms of the impact on their bodies. I think we’ve got to constantly assess and look at a marketplace going forward and say, what’s the best way to present our product and over how long a season?”

Based on what was said during Silver’s press conference, it sounds like the NBA could be making major changes in the future once they’re discussed.