Adelaide United have bolstered their team this week with the signing of three players.  While none of the additions have A-League Women’s experience, they show up with impressive experience elsewhere that will help in United’s upcoming campaign.

Georgia Beaumont was the first player signed by Adelaide United this week.  Beaumont progressed through the ranks of the Brisbane Roar youth system, spending three years with the Roar’s U-18 NTC Program and having been a train-on player with the senior team.

The young striker also featured in the National Premier League Queensland competition, scoring an incredible 22 goals in her 18 matches played. She has also played with the Junior Matildas, featuring the the 2019 AFC U-16 Women’s Championship in Thailand.

“Georgia is a smart striker with a lot of potential.

“At the local level she’s a proven goal-scorer and I’m confident those promising displays can translate to the A-League Women season.

“Georgia also has experience of representing her country with the Junior Matildas and I’m sure she will fit right into our team.”

We are excited to welcome Junior Matilda, Georgia Beaumont, for @aleaguewomen 2021/22 season. ?

Adelaide United have also attained the services of Natasha Brough.  The Hunter Valley-born player spent her teen years abroad in Europe.  She played at the junior level for a number of Spanish clubs including Valencia, RCD Espanyol and La Roca.

Brough made her senior women’s debut in the Netherland’s though.  She played for Dutch side VV Alkmaar in the Vrouwen Eredivisie last season.   In total the midfielder made seven appearances for the club in all competitions, scoring one goal.

At the international level she has been brought into a number of Young Matildas camps.

Brough spoke of her decision to move back to Australia and representing Adelaide United:

“Moving to Adelaide is an exciting new challenge for me.

“I’m looking forward to returning to Australia and playing in the A-League Women competition after being in Europe for more than ten years.

“Adelaide experienced a strong season under Adrian (Stenta) last year and I’m looking to help build on that with my new teammates.”

We are pleased to welcome attacking midfielder, Natasha Brough, for the upcoming @aleaguewomen 2021/22 season. ?

The last player Adelaide United added to their squad this week was Reona Omiya. The Japanese player joins them after having spent time in the NPL Victoria with FC Bulleen Lions and South Melbourne FC.

A holding midfielder by trade, described by her new head coach as hard working and boasting “a lot of experience and technical prowess”, she should be an interesting addition to Adelaide’s centre of the park.

When speaking of her signing with United, Omiya said:

“I am very happy to be given this opportunity to play for Adelaide United.

“It has been one of my dreams to play in the A-League Women competition, so I am really excited that it has come true.

“I can’t wait to meet my new teammates and the rest of the wonderful Reds family, and I hope we can all achieve great things together this season.”

Another day, another A-League Dub signing!

With the first four rounds of the A-League Women’s schedule released, they will be playing in the non-New South Wales/New Zealand Conference. They are set to start their season on A-League Women’s season on December 5, 2021 away to Melbourne Victory.

Their season opener at home is set for December 12, 2021 at 6:05PM at Marden Sports complex. Adelaide United will be facing Canberra United in that match.  Adelaide beat Canberra by a scoreline of 2-1 when they last met in Round 8 of the 2020-21 W-League season. 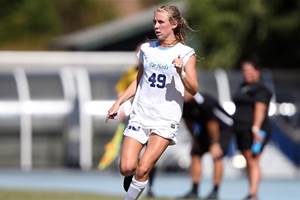 Brisbane Roar have continued to bolster their 2021-22 squad with the addition of Cannon Clough.

The full A-League Women’s schedule can be found using the following link.