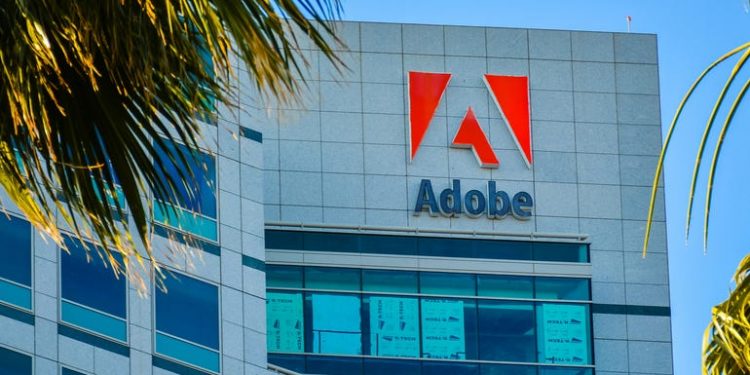 
Software pioneer Adobe this afternoon reported fiscal Q1 revenue and profit that both topped Wall Street’s expectations, but an outlook that was below expectations as the company halted sales to Russia.

The report sent Adobe shares down 4% in late trading.

CFO Dan Durn the company’s Q1 results “reflect the company’s strong execution and resilience through unprecedented circumstances.” Added Durn, “Our momentum, product innovation and immense market opportunity position us for success in 2022 and beyond.”

Revenue in the three months ended in February rose 9% year over year, to $4.26 billion, yielding a net profit of $3.37 a share, excluding some costs.

Adobe said its Remaining Performance Obligations, or RPO, a key financial metric, rose by 19% to $13.83 billion.

Within revenue, the company’s “Digital Media” business, which includes the Creative Cloud and Document Cloud suites, was $3.11 billion, up 9%. Revenue from the “Digital Experience” category, which includes B2B tools such as Market Engage and Adobe Analytics, was $1.06 billion, up 13%.

For the current quarter, the company sees revenue of approximately $4.34 billion, and EPS of approximately $3.30, excluding some costs. That compares to consensus for $4.398 billion and a $3.35 profit per share.

Adobe said its revenue this year will be reduced by $75 million because it has halted sales of products to Russia amidst the ongoing war in Ukraine.

On March 4, 2022, Adobe announced a halt of all new sales of Adobe products and services in Russia and Belarus. In addition, today Adobe is reducing its Digital Media ARR balance by $75 million, which represents all ARR for existing business in Russia and Belarus. While Adobe will continue to provide Digital Media services in Ukraine, the company reduced ARR by an additional $12 million, which represents its entire Digital Media business in Ukraine. This results in a total ARR reduction of $87 million and an expected revenue impact of $75 million for fiscal year 2022.

Aside from noting the revenue shortfall, Adobe did not make any formal update to its full-year outlook. The company existing forecast, offered in December, was  $17.9 billion and $13.70 per share. The current consensus stands at $17.925 billion and $13.77 per share.