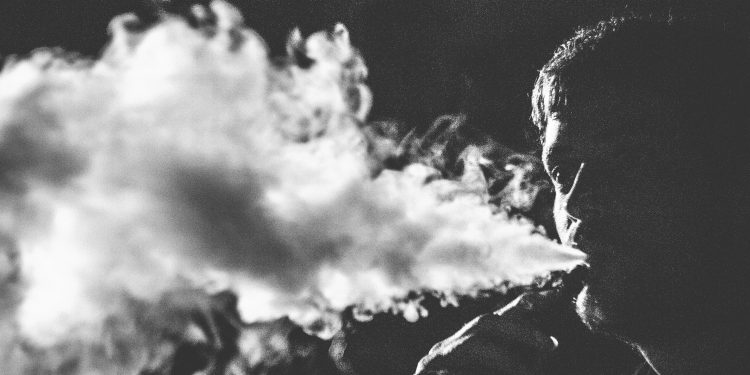 
Despite the rapid growth in sales of e-cigarettes in 2017, researchers at the Herbert Wertheim School of Public Health and Human Longevity Science at University of California San Diego say smokers seeking to quit were not early adopters of the products. The report appears in the February 7, 2022 online edition of the journal Tobacco Control.

E-cigarettes—battery-operated devices that heat a liquid made of nicotine, flavorings and other chemicals to make an aerosol that users inhale into their lungs—were first sold in the United States in 2007. In 2017, 50% of e-cigarettes sold had high nicotine concentrations, providing users with similar blood nicotine concentrations to cigarette smokers.

Proponents suggest that this may help cigarette smokers successfully transition from smoking traditional cigarettes to e-cigarettes, however the Herbert Wertheim School of Public Health study showed fewer successful quit attempts when e-cigarettes were used as a smoking cessation aid, and no reduction in relapse rates among those who quit using e-cigarettes.

“We found little evidence that smokers took part in the 2017 surge in e-cigarette sales, which was associated with the introduction of the high-nicotine JUUL e-cigarette,” said co-author John P. Pierce, Ph.D., Distinguished Professor at the Herbert Wertheim School of Public Health and Human Longevity Science at UC San Diego and UC San Diego Moores Cancer Center.

“This is the first survey in which e-cigarettes were less popular as a smoking cessation aid than FDA-approved pharmaceutical aids. Not only were e-cigarettes not as popular, but they were associated with less successful quitting,” he said.

Using data from the nationally representative Population Assessment of Tobacco and Health (PATH) longitudinal study, undertaken by the National Institute on Drug Abuse and the FDA Center for Tobacco Products under contract with Westat, researchers assessed the effectiveness of e-cigarettes used as a smoking cessation aid in the U.S. between 2017 and 2019 among 3,578 smokers who attempted to quit smoking and with 1,323 recent former smokers, some of whom switched to e-cigarette use.

Participants were established smokers in 2016 who self-reported at least one attempt to quit in 2017. In one analysis, the observational study compares individuals who were still smoking in 2017 and who used e-cigarettes as a cessation aid to those who used either no products or who used approved pharmaceutical smoking cessation aids.

The outcome measure was indicated by successful quitting in 2019, which is considered to be 12 months or more of abstinence. Smokers who used e-cigarettes to quit were less likely to be successful.

In 2017, 32.8% of this representative sample of U.S. smokers reported a recent attempt to quit. Of these, 12.6% said they used e-cigarettes to help them quit, 2.5% used another tobacco product, 20.6% used only a nicotine replacement therapy or a pharmaceutical aid, and 64.3% did not use any product to quit, often called “cold turkey.”

Although randomized clinical trials have indicated that e-cigarettes help smokers when compared to pharmaceutical aids, the results have not been replicated in community settings which lack the support that clinical trial participants receive during quit attempts.

“When we controlled for variables that influence cessation, using e-cigarettes to help a quit attempt resulted in seven fewer successful quitters than were seen with approved pharmaceutical cessation aids,” said co-author Karen Messer, Ph.D., professor of biostatistics at the Herbert Wertheim School of Public Health. “Additionally, when looking at former smokers who switched from cigarettes to e-cigarettes, our results were in line with previously published work which did not support e-cigarettes as an effective relapse prevention strategy.”

Citation:
Adoption of e-cigarettes for smoking cessation in 2017 low and ineffective (2022, February 7)
retrieved 7 February 2022
from https://medicalxpress.com/news/2022-02-e-cigarettes-cessation-ineffective.html