Afghans protest US move to unfreeze $3.5B for 9/11 victims 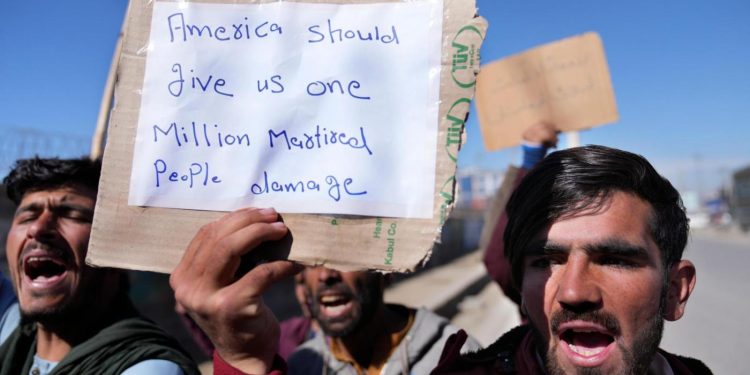 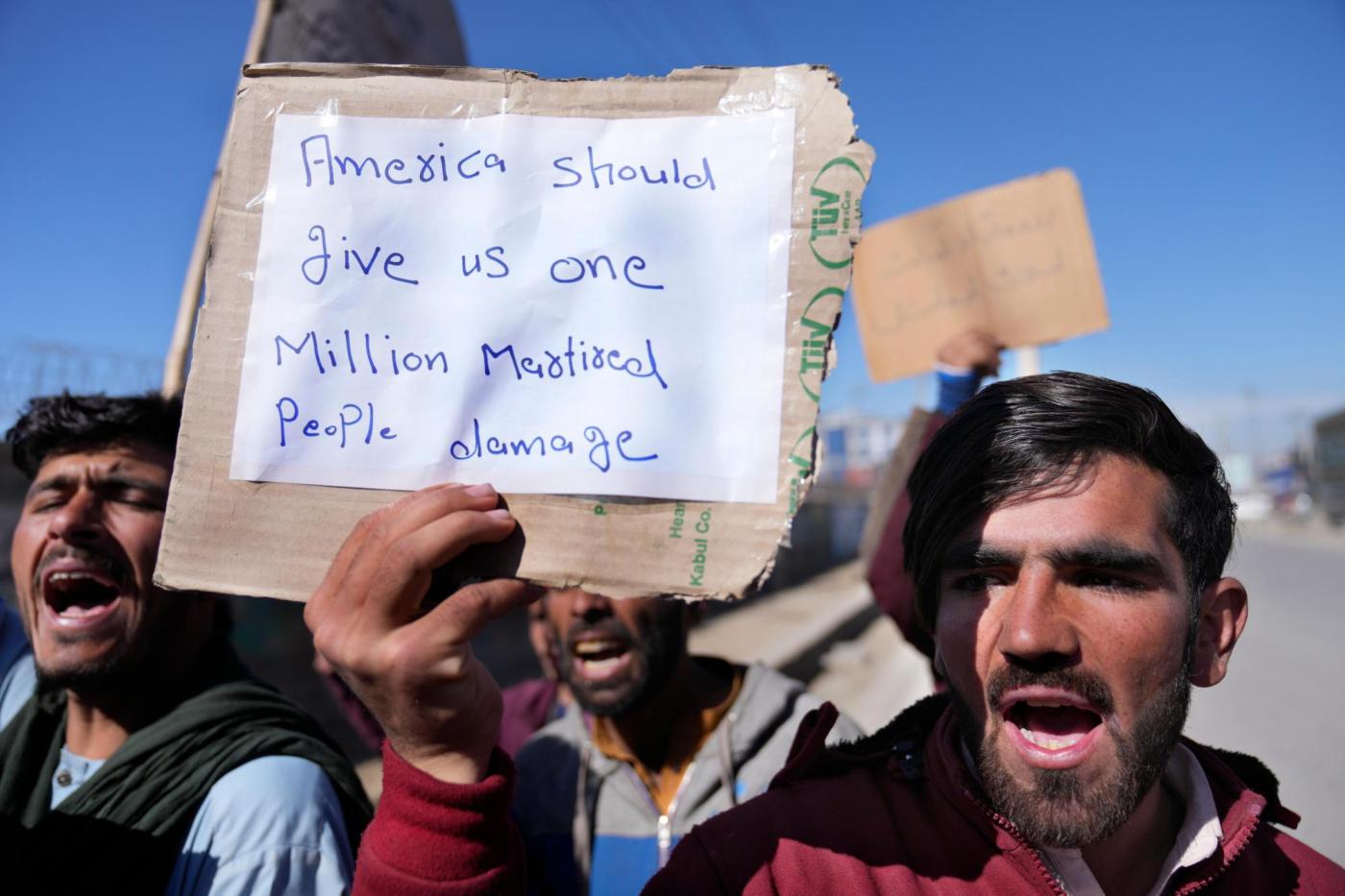 Protesters who gathered outside Kabul’s grand Eid Gah mosque asked America for financial compensation for the tens of thousands of Afghans killed during the last 20 years of war in Afghanistan.

Biden’s order, signed Friday, allocates another $3.5 billion in Afghan assets for humanitarian aid to a trust fund to be managed by the U.N. to provide aid to Afghans. The country’s economy is teetering on the brink of collapse after international money stopped coming into Afghanistan with the arrival in mid-August of the Taliban.

Afghanistan’s Central Bank called on Biden to reverse his order and release the funds to it, saying in a statement Saturday that they belonged to the people of Afghanistan and not a government, party or group.

Torek Farhadi, a financial adviser to Afghanistan’s former U.S.-backed government, questioned the U.N. managing Afghan Central Bank reserves. He said those funds are not meant for humanitarian aid but “to back up the country’s currency, help in monetary policy and manage the country’s balance of payment.”

He also questioned the legality of Biden’s order.

“These reserves belong to the people of Afghanistan, not the Taliban … Biden’s decision is one-sided and does not match with international law,” said Farhadi. “No other country on Earth makes such confiscation decisions about another country’s reserves.”

White House officials said there is no simple way to make all the frozen assets available quickly to the Afghan people.

Sept. 11 victims and their families have legal claims against the Taliban and the $7 billion in the U.S. banking system. Courts would have to sign off before the release of humanitarian assistance money and decide whether to tap the frozen funds for paying out those claims.

In all, Afghanistan has about $9 billion in assets overseas, including the $7 billion in the United States. The rest is mostly in Germany, the United Arab Emirates and Switzerland.

“What about our Afghan people who gave many sacrifices and thousands of losses of lives?” asked the demonstration’s organizer, Abdul Rahman, a civil society activist.

Rahman said he planned to organize more demonstrations across the capital to protest Biden’s order. “This money belongs to the people of Afghanistan, not to the United States. This is the right of Afghans,” he said.

Misspelled placards in English accused the United States of being cruel and of stealing the money of Afghans.

Taliban political spokesman Mohammad Naeem accused the Biden administration in a tweet late Friday of showing “the lowest level of humanity … of a country and a nation.”

Biden’s Friday order generated a social media storm with Twitter saying #USA_stole_money_from_afghan was trending among Afghans. Tweets repeatedly pointed out that the 9/11 hijackers were Saudi nationals, not Afghans.

Obaidullah Baheer, a lecturer at the American University in Afghanistan and a social activist, tweeted: “Let’s remind the world that #AfghansDidntCommit911 and that #BidenStealingAfgMoney!”

Al-Qaeda leader Osama bin Laden was brought to Afghanistan by Afghan warlords after being expelled from Sudan in 1996. Those same warlords would later ally with the U.S.-led coalition to oust the Taliban in 2001. However, it was Taliban leader Mullah Mohammad Omar who refused to hand over bin Laden to the U.S. after the devastating 9/11 attacks that killed thousands.

Still, some analysts took to Twitter to question Biden’s order.

Michael Kugelman, deputy director of the Asia Program at the U.S.-based Wilson Center, called Biden’s order to divert $3.5 billion away from Afghanistan “heartless.”

“It’s great that $3.5B in new humanitarian aid for Afghanistan has been freed up. But to take another $3.5B that belongs to the Afghan people, and divert it elsewhere–that is misguided and quite frankly heartless,” he tweeted.

“I can’t remember the last time so many people of such vastly different worldviews were so united over a US policy decision on Afghanistan,” he tweeted.

Giuliani in Communication With January 6 Committee About Testifying

Stephanie Beecham on dating Marlon Brando, Dynasty and why she ‘can’t bothered’ to wed

Stephanie Beecham on dating Marlon Brando, Dynasty and why she 'can't bothered' to wed