After miscarriages, workers have few guarantees for time off or job-based help 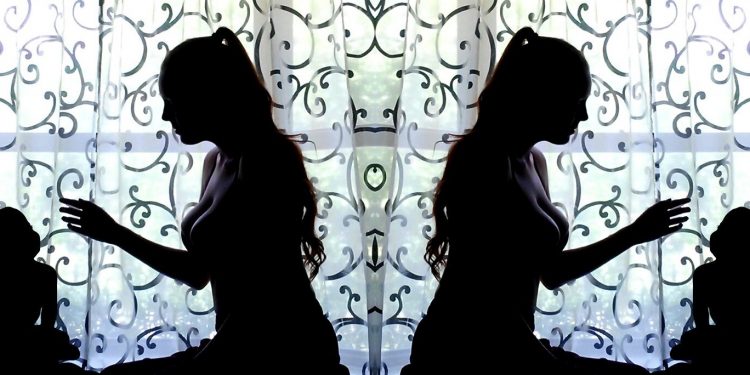 
For three years, Rachel Makkar said, she thrived in her job as a broker and asset manager at J&B Building Co. in Colorado. She excelled at her work—she said her performance reviews noted that—and she thought it was “the best place I’ve ever worked.”

That changed in August. After trying for “a really long time” to conceive a second child, she suffered an early miscarriage at home one weekend. She couldn’t go to work that Monday. “I was really traumatized,” she said. “That entire first week was like a heightened level of emotion that I hadn’t really been through before.” She also had a doctor’s appointment to ensure she wasn’t experiencing an ectopic pregnancy, which would have required immediate surgery.

She had emailed her bosses, informing them of the miscarriage and her need to take Monday off, which she had enough paid leave to cover. Because of the pandemic, she had been working from home several days a week and opted to do that again Tuesday because she was still bleeding and her face was “so puffy from crying,” she said. She returned to the office, as scheduled, on Wednesday, she said, and then, given that her managers were out of the office, worked from home the rest of the week.

The following week, 10 days after her miscarriage, one of the company owners called her and fired her, allegedly for working from home repeatedly, even though others at the firm had similar hybrid schedules, according to Makkar. She was “shocked.”

When Makkar reminded him that she had worked from home because of her miscarriage, she said he responded, “When my wife had a miscarriage in the beginning of our marriage, she only took a half a day off work.”

Getting fired right after her miscarriage “was really, really awful,” she said through tears. “You’re already so devastated, and it’s just another blow.”

Makker filed a complaint based on her allegations against J&B with the Colorado Civil Rights Division, accusing the company of gender and pregnancy discrimination for her firing, in violation of Colorado state laws. “This shouldn’t have to happen to other women,” she said.

Makkar’s lawyer, David E. Gottlieb, said they “intend to file a lawsuit in the coming months in Colorado state court.”

A lawyer for J&B said its policy is not to comment on ongoing litigation and declined to provide any responses the company may have filed with the state. “We’re just confident that once the facts are reviewed the company will be vindicated,” he said.

Miscarriage, which occurs in about a quarter of all pregnancies, is the most common form of loss of a pregnancy. And yet there are no national laws that protect people when they need time off from work to deal with the loss.

The physical needs of someone who experiences a miscarriage vary greatly. Within the first week or two, symptoms may resemble a heavy menstrual period with cramping and some pain. The later in the pregnancy that a miscarriage occurs, the more likely there will be significant bleeding, “to the point where it leads to anemia in some cases,” said Dr. Wael Salem, a reproductive endocrinologist and fertility specialist with CCRM San Francisco. Some people have such heavy contractions that they need pain management, he added. Miscarriages in the second trimester or later may require procedures needing hospital admission. The aftereffects are often unpredictable and can last for weeks or months.

“Miscarriage is not a one-and-done thing at all,” Salem said. “It drags on physically, mentally, and emotionally.”

The emotional aspect “can be a very traumatic experience,” noted Maria Brann, a professor of communications studies at Indiana University who has studied miscarriage for a decade. Some people blame themselves even though the vast majority of early miscarriages are due to chromosomal abnormalities beyond people’s control. Compounding the grief is the lack of established rituals that accompany other losses, as well as a stigma some people attach to miscarriage.

In the wake of such trauma, “it’s very difficult to focus,” Brann said. “An individual is probably not going to be as productive.”

“It is really important that we encourage women to take care of themselves,” Brann said. Otherwise, the grief won’t be processed and it can “cause even greater mental anguish later on.”

More people are speaking out about the experience of miscarriage, including high-profile women like Michelle Obama, Meghan Markle, and actress Gabrielle Union.

But many workers find it difficult to get time off from work. The federal Pregnancy Discrimination Act prohibits employers from treating workers who are pregnant, give birth, or have related medical conditions—including miscarriage—worse than comparable co-workers. Courts, however, have interpreted that law differently, even after a 2015 Supreme Court decision decided in favor of a plaintiff who claimed pregnancy discrimination. Judges have dismissed two-thirds of cases in the aftermath, according to a review by A Better Balance, a national legal nonprofit promoting workplace rights.

Thirty states and five localities—including Colorado—have enacted laws that require employers to offer workers accommodations related to pregnancy, which can include time off to recover from a miscarriage. But outside those states, workers are protected only by the pregnancy act or the Americans with Disabilities Act, if a miscarriage is severe enough to substantially limit a “life activity.”

Currently, 13 states, 20 cities, and four counties, also including Colorado, have enacted laws requiring some employers to provide paid sick leave to workers for medical needs, such as for the physical and mental health impacts of miscarriage. They don’t require employees to say why they need the time off, other than perhaps producing a doctor’s note.

“It’s not putting the onus on the worker to have to reveal something that might be very personal and very sensitive,” said Sarah Brafman, a senior policy counsel at A Better Balance.

Nine states and the District of Columbia have paid family leave programs, which can be used for more serious complications resulting from miscarriage. Elsewhere workers can take unpaid leave through the Family and Medical Leave Act if they qualify.

To fill the gaps, Sen. Tammy Duckworth (D-Ill.) and Rep. Ayanna Pressley (D-Mass.) introduced legislation that would ensure three days of paid leave for miscarriage and other fertility challenges. Democrats have also put forward federal legislation to guarantee paid sick leave, and they’ve included paid family leave in President Joe Biden’s social spending plan, although that provision is meeting stiff opposition from some lawmakers and the bill is languishing in Congress.

Makkar is living with the repercussions of her miscarriage. “It’s all so traumatizing still,” she said. She’s trying to find a new job, but the search is complicated. She’s “terrified of getting myself in this situation again,” she said, because she wants to have more children. “I don’t want to be somewhere that that’s not going to be supported.”

Recognize every miscarriage as a bereavement, UK government urged

Citation:
After miscarriages, workers have few guarantees for time off or job-based help (2022, January 28)
retrieved 30 January 2022
from https://medicalxpress.com/news/2022-01-miscarriages-workers-job-based.html

Would you buy a home in the metaverse?

Women given antidepressants to help...

Would you buy a home in the metaverse?