Luxury real estate agent Kerry Endsley is no longer affiliated with Compass, the brokerage said. “Upon learning of the alleged incident we moved quickly to part ways with this individual.”

In a shifting real estate market, the guidance and expertise that Inman imparts are never more valuable. Whether at our events, or with our daily news coverage and how-to journalism, we’re here to help you build your business, adopt the right tools — and make money. Join us in person in Las Vegas at Connect, and utilize your Select subscription for all the information you need to make the right decisions. When the waters get choppy, trust Inman to help you navigate.

A Colorado luxury real estate agent is in custody after allegedly kidnapping a man and a woman at gunpoint and tying a leash around the woman’s neck. 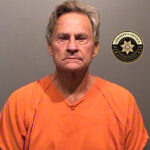 Kerry Ellis Endsley, 73, a Compass agent who sells multimillion-dollar homes in and around Denver suburb Evergreen, Colorado, was arrested June 17. Compass told Inman the brokerage “part[ed] ways” with Endsley after the arrest.

A husband and wife were hiking in Lakewood Friday morning when they came across a man who was kneeling down and appeared to be tying his shoe, according to the Jefferson County Sheriff’s Office. When they walked by him, the man allegedly pointed a handgun at them and ordered the woman to the ground, where he allegedly put a nylon leash around her neck. He then allegedly ordered them both to come with him, but at some point the husband was able to take the gun away from the man and the couple ran away.

Meanwhile, another hiker had witnessed the man holding the couple at gunpoint and called 911, according to the sheriff’s office. When deputies arrived a couple of minutes later, they located the couple and found Endsley a short distance away where they confronted him at gunpoint.

“The suspect failed to comply with commands from the deputies and pulled a weapon, later determined to be a stun gun, from his waistband and point it at the deputies,” the sheriff’s office said.

“One of the deputies fired a shot from his firearm, missing the suspect. A second deputy deployed his Taser at the suspect – hitting him. The suspect was taken into custody and transported to an area hospital after complaining of injuries from the Taser.”

At the hospital, Endsley allegedly tried unsuccessfully to disarm a sheriff’s deputy, the MailOnline reported.

The victims did not initially recognize the man because he had altered his physical appearance and disguised himself with a fake beard, according to officials. But through the course of the kidnapping the couple recognized the man as Kerry Endsley, who investigators said “has a history of harassing the female victim and there are police reports and a restraining order to reflect that.”

Endsley was on probation after pleading guilty to harassment regarding an incident in September 2021, KUSA-TV reported. Endsley, who records show is 6 feet tall and weighs 205 pounds, had allegedly been trying to convince the woman to drop charges against a “close relative” of his, a Jefferson County Sheriff’s Office spokeswoman told the MailOnline.

Kerry Endlsey’s associate broker license is currently inactive. According to his LinkedIn profile, Endsley became a Compass agent in May, 2021. Prior to that he was an agent at LIV Sotheby’s International Realty for more than 16 years, spending at least some of that time as part of a team with his son, Sean Endsley, who remains an agent with the brokerage.

Inman has reached out to Sean Endsley for comment including whether or not Kerry Endsley has legal representation. The story will be updated if and when Inman receives a response.

Endsley was previously part of a Compass team called KerryLee Lifestyles. According to his now-defunct Compass profile, “clients choose him because he is a tough and highly trained negotiator, and utilizes his industry insight and area expertise to prosperously manage large and luxury transactions in even the most challenging market conditions.”

In an emailed statement, a Compass spokesperson told Inman, “This agent is no longer affiliated with Compass. Upon learning of the alleged incident we moved quickly to part ways with this individual.”

Asked whether Compass was aware that Endsley had a restraining order against him, whether Compass had received complaints about Endsley, and whether the people Endsley is accused of kidnapping were former Compass clients, Compass did not respond.

Endsley was arrested on suspicion of second-degree kidnapping, felony menacing, and violation of a restraining order. He has a court date on Thursday and is being held on a $500,000 bond at the Jefferson County Jail.

Teachers Share the Things That Would Make Teaching Less Stressful

If you haven’t noticed, real...

Short-Term Rental Occupancy Falls in May: Should Investors Be Concerned?

One of the biggest talking...