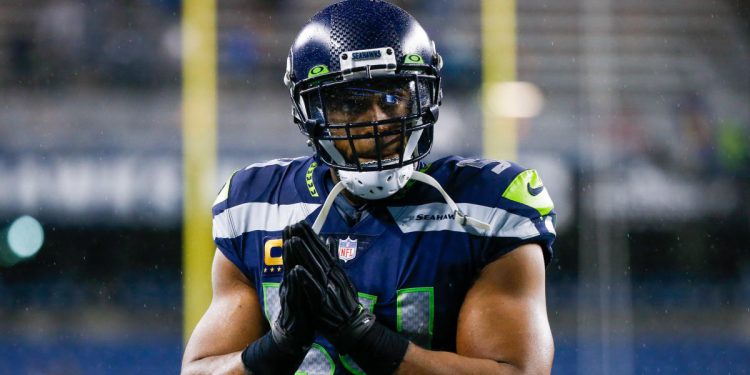 
Inside linebacker Bobby Wagner gained more experience for his post-career aspiration of becoming an NFL team president by negotiating his own contract for the second time his NFL career. The dynamics were different than when Wagner negotiated a three-year, $54 million contract extension averaging $18 million per year with the Seahawks in 2019 to become the NFL’s highest-paid off-ball linebacker.

Wagner, who turns 32 in June, had to navigate the open market this time around because the Seahawks released him in the days leading up to the start of free agency rather than pay him $16.6 million in 2022 on a $20.35 million salary cap number. He learned NFL teams have concerns about making major financial commitments to older players at non-premium positions, regardless of performance. The 10-year veteran had a career-high 170 tackles while earning his eighth straight Pro Bowl selection and second team All-Pro honors last season.

Wagner signed a five-year, $50 million contract worth up to $65 million through incentives with the Rams. The future Hall of Famer reportedly turned down a multiyear contract from the Ravens containing $18 million fully guaranteed to stay close to home. Wagner is from Ontario, California, which is 50 miles east of SoFi Stadium in Inglewood where the Rams’ home games are played.

The deal has $3 million in annual incentives and $2 million is based on Wagner’s playtime and the Rams’ performance. Wagner gets $250,000 each for 80% or more defensive playtime and the Rams improving their league ranking in points allowed, total defense or average net yards given up per passing play for a total of $750,000. Taking at least 90% of the Rams’ defensive snaps is worth $500,000. Reaching the playtime threshold while the Rams make the playoffs earns an additional $750,000.

One million is tied to Wagner’s honors each season. Wagner gets $500,000 for being selected to the Pro Bowl and the Rams improving their league ranking from the 2021 season in points allowed, total defense or average net yards given up per passing play. It’s $1 million instead for first team All-Pro/All-NFL by the Associated Press, Pro Football Writers of America or Sporting News.

There were questions about how the Rams were able to acquire Wagner when news of him agreeing to terms broke last week. The Rams had just over $8.7 million of 2022 salary cap space, according to NFLPA, prior to signing him. Wagner’s 2022 cap number is just $2.5 million ($1 million of signing bonus proration and $1.5 million base salary).

The modest $5 million signing bonus allows the Rams to exit the deal after one season prior to an additional $10 million becoming fully guaranteed on the fifth day of the 2023 league year, with minimal cap consequences if Wagner’s skills start to rapidly diminish this season. Wagner’s 2023 cap number is $12 million while the Rams would have a $7.5 million cap charge with him having a very short stint in Los Angeles.

How earnable are Wagner’s incentives?

Wagner characterized the incentives as “achievable” in a CNBC interview with Jabari Young. The intention is for Wagner to remain on the field every down and pair him with 2021 third-rounder Ernest Jones at inside linebacker.

The incentives needed to qualify as not likely to be earned (NLTBE) so there wouldn’t be any cap charges during the season given the Rams’ salary cap constraints. Any incentive based on what Wagner or the Rams achieved statistically during the 2021 season is considered likely to be earned and immediately counts against the salary cap while anything that wasn’t achieved in 2021 doesn’t initially count. Wagner’s playtime in 2021 was 89.1%, which is why the standalone threshold is 90% playtime.

Linking individual and team achievements together also classifies an incentive as NLTBE. The three easiest achievable team categories based on the Rams’ 2021 performance are the ones in Wagner’s contract. The Rams ranked 15th, 15th and 17th last season in points allowed, average net yards given up per passing play and total defense. The playtime/team improvement incentives are based on performance bonuses in the extension inside linebacker Alec Ogletree signed with the Rams in 2017, except his playtime threshold was 85% instead of Wagner’s 80%.

Wagner has a legitimate chance of earning the $2 million of playtime/Rams performance incentives annually provided he stays healthy and continues to be an every-down linebacker. Over the past five seasons (2017-21), Wagner was on the field for 94.5% of Seattle’s defensive plays.

Wagner will need to have a similar career trajectory of the off-ball linebackers inducted into the Hall of Fame in recent years to earn any of the honors incentives. Ray Lewis was selected to the Pro Bowl during every season for the ages Wagner is under contract to the Rams (32 through 36). He was a first team All-Pro as a 33- and 34-year-old. Brian Urlacher was a Pro Bowler at 32 and 33. Derrick Brooks’ last first team All-Pro selection came when he was 32. He went to the Pro Bowl when he was 32, 34 and 35. The most recent inductee, Sam Mills, was named first team All-Pro as a 37-year-old.

It’s conceivable that Wagner will earn the right to opt out of his contract. Considering Wagner’s age was a concern this year, trying to get more than $32.5 million, with an additional $9 million of incentives over the final three years of this contract on the open market two years from now for seasons when he is 34, 35 and 36, would be a risky proposition. If Wagner maintains his level of play, he might be able to use the void to get the final three years structured better where there is additional security and some, if not all, of the incentives are put in the base value of the deal.

The value of Wagner’s contract will depend on how he continues to perform. It’s a one-year deal for $10 million in the worst-case scenario. As long as Wagner is still with the Rams next March after the fifth day of the 2023 league year, he is assured of $20 million from the contract. Wagner maintaining his current level of play for an extended period of time should allow him to get into latter years of deal. If so, it’s hard imagine that Wagner wouldn’t have a realistic opportunity to earn at least $2 million of the incentives annually.

Are you a Wordle cheater? Chances are, your friends think so.

Are you a Wordle cheater? Chances are, your friends think so.