AI predicts heart attack likelihood from the sound of your voice 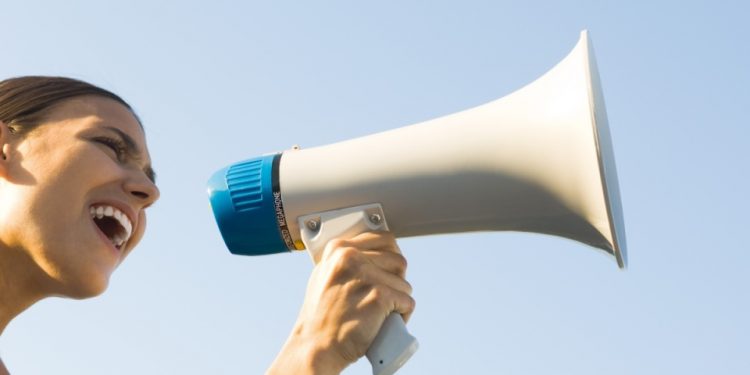 
An artificial intelligence (AI) algorithm has accurately predicted the likelihood of developing serious heart problems based solely on the voice recordings of patients.

In a study of 108 people, US researchers found that people “with a high voice biomarker score” were 2.6 times more likely to suffer a build-up of plaque in the heart’s arteries.

They were also found to be three times more likely “to show evidence of plaque build-up in medical tests compared with those who had a low score”.

The results will be presented at the American College of Cardiology’s 71st Annual Scientific Session, beginning on April 2.

What are voice biomarkers?

Voice biomarkers are signs in your vocal patterns – pitch, tone, rhythm – that are processed by AI algorithms as indicators of disease.

It’s a fast-moving area of research, with immense potential in clinical diagnosis because voice biomarkers aren’t simply proving to be accurate, they’re a much cheaper and faster tool than scans such as MRI.

According to an article in The Lancet – jauntily titled ‘Do I Sound Sick?’ –  vocal biomarkers are being developed to diagnose “a multitude of disorders including Parkinson’s disease, cardiovascular disease and post-traumatic stress disorder”.

Voice technology is being investigated to predict body-mass index.

In other words, voice markers were studied in people diagnosed with disease.

The new study is the first to use voice recordings to predict CAD outcomes in patients who were tracked prospectively after an initial screening.

Researchers from the Mayo Clinic recruited 108 patients who had been referred for a coronary angiogram, a scan used to assess the condition of the heart’s arteries.

For the first sample, participants read from a prepared text.

For the second sample, they were asked to speak freely about a positive experience.

And for the third, they spoke freely about a negative experience.

The AI system had been trained to analyse “more than 80 features of voice recordings, such as frequency, amplitude, pitch and cadence, based on a training set of over 10,000 voice samples collected in Israel”.

In previous studies, researchers identified six features that were highly correlated with CAD.

For the new study, researchers combined these features into a single score, expressed as a number between minus-1 and 1 for each individual.

One-third of patients were given a high score and two-thirds had a low score.

The participants were then tracked for two years.

Of those with a high voice biomarker score, 58.3 per cent visited the hospital for chest pain or suffered acute coronary syndrome (a type of major heart problem that includes heart attacks).

This was compared with 30.6 per cent of those with a low voice biomarker score who attended hospital.

Participants with a high voice biomarker score were “more likely to have a positive stress test or be diagnosed with CAD during a subsequent angiogram”.

Although the technology is not yet ready for use in the clinic, “the demonstration suggests voice analysis could be a powerful screening tool in identifying patients who may benefit from closer monitoring for CAD-related events”.

Researchers said this approach could be particularly useful in remote healthcare delivery and telehealth.

How it works is still a mystery

He said it’s not yet known “why certain voice features seem to be indicative of CAD”, but Dr Sara said the autonomic nervous system may play a role.

The autonomic nervous system regulates bodily functions that are not under conscious control.

These include “the voice box and many aspects of the cardiovascular system, such as heart rate and blood pressure”.

Dr Sara said it was possible that the voice could provide clues about how the autonomic nervous system is functioning and, by extension, provide insights into cardiovascular health.

“It’s definitely an exciting field, but there’s still a lot of work to be done,” Dr Sara said.

“We have to know the limitations of the data we have, and we need to conduct more studies in more diverse populations, larger trials and more prospective studies like this one.”

Meanwhile, only the robots really know what’s going on.