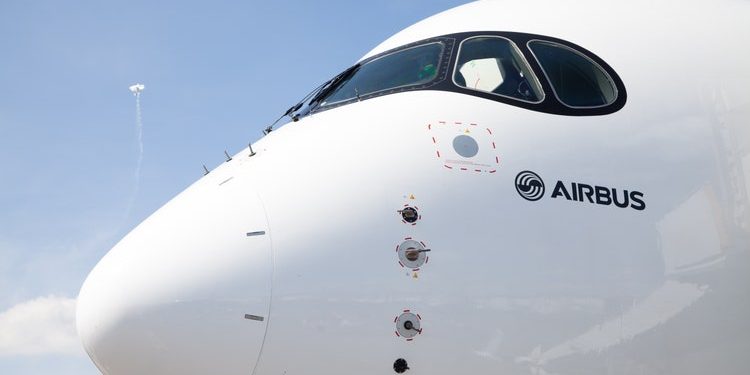 
Due to the war in Ukraine, which has implications for the airline and aerospace industry, and the most recent crash with the Boeing 737-800, I had to reallocate resources and one of the consequences has been that the monthly coverage of orders and deliveries for Airbus had to be delayed. I have been running this monthly series for several years now, so knowing the value of these overviews to the reader, I do not want to skip publication of the February piece for which data is released early or mid-March. My aim is to always provide content timely, but at times we have to prioritize certain topics and developments.

Without further ado, I will be covering the orders and deliveries for Airbus in February in this report. For this analysis, data and images from the TAF Airbus Orders and Deliveries Interactive Infographic and associated monitors have been used.

During the month, Airbus received a total of 113 orders consisting of 103 single aisle orders and 10 wide body orders:

In February, we saw a strong gross order inflow. The Airbus A220 family gathered 50 orders during the month which is very good and reflective of the strength of the product. The Airbus A320neo family also had a good month with 53 orders. So, what we are seeing is that the single aisle order inflow was almost equally split between the Airbus A220 and Airbus A320neo family. Furthermore, we saw orders for the Airbus A350F and Airbus A330-900. Wide body orders are not coming in huge quantities, but that makes the presence of orders even more appreciable at this point.

During the month, the following changes were made to the order book:

During the month, Airbus logged 113 gross orders valued at $6.5 billion, but the jet had to remove 42 orders $4 billion bringing the net order count to 71 and the net order value to $2.5 billion.

After pushing out 30 aircraft to customers in January, Airbus saw delivery numbers tick up in February with 48 deliveries valued at $3.4 billion consisting of 40 single aisle jets and eight wide body aircraft:

Airbus had a good February month and despite higher cancellations in the first two months of the year compared to last year, we see that the European jet maker gathered more net orders. The Airbus A330 program was the only program with a negative net order tally this month while the Airbus A220 and Airbus A320neo performed very well. Looking at deliveries, I observed that deliveries are growing sequentially but also year-over-year and that is a good sign. It means we will see operational results improve further this year compared to the same period last year. However, what I am keeping an eye on is how much further deliveries can and will improve. With some supply chain stress and the Russian market not being able to accept aircraft at this point in time, there is some pressure on deliveries and while I am happy with the delivery numbers so far they are not in line with the production rates, especially for the Airbus A320neo family program. So, I continue to like shares of Airbus and continue to be invested in the company but I do keep an eye supply chain issues as those issues might dampen the recovery in the delivery volumes and we are cautious about any weakening in air travel demand due to virtual elimination of one air travel market from the international stage.

weigh-in, results, stream, video, reaction, how to watch, when is the fight?