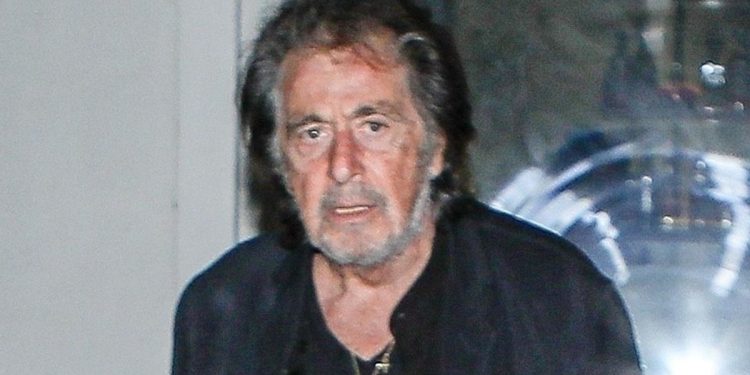 The Oscar-winning actor was seen leaving the Felix Restaurant in Venice Beach, California, on Saturday night with the TV producer, after the pair dined on Italian food at the swanky eatery.

The rumoured new couple were joined by friends including Jason Momoa, 42, and Julian Schnabel, 70, with Al and Noor leaving in the same car together after she had a cigarette outside the restaurant.

The Godfather star rocked a more casual look for the date night, wearing a pair of baggy trousers and blazer over a black shirt.

The producer, who hails from Kuwait, looked gorgeous in leather trousers, and a black lacy top.

Noor has previously been linked to a series of elderly celebrities, including Rolling Stones frontman Mick.

She dated him for three years, when he was 74 and she was 23, before their relationship came to an end in 2017.

She spoke of their romance in an interview with Hello!, and said she “doesn’t regret” their relationship, despite the huge age gap.

“Our ages didn’t matter to me. The heart doesn’t know what it sees, it only knows what it feels. It was my first serious relationship, but it was a happy time for me,” she said.

“[He’s] much fitter than I am. I really respect that he is so disciplined,” she said of the rocker, who is a great-grandfather.

It’s the first time the award-winning actor has been romantically linked to Noor, following his split from Meital Dohan in 2020, who was 39 years his junior.

“Now he is already an elderly man, to be honest. So even with all my love, it didn’t last,” she told Israeli magazine La’Isha in February 2020.