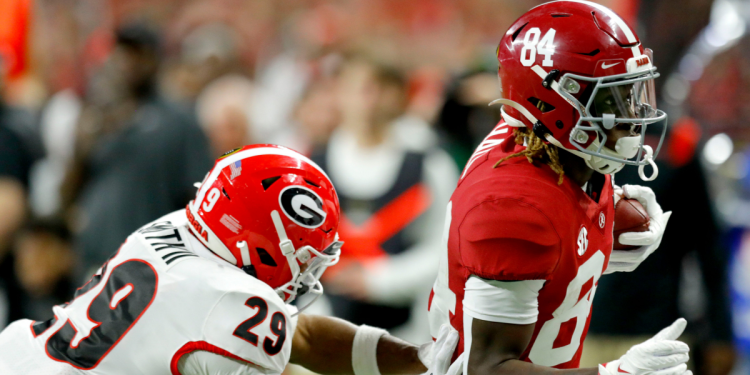 Clark, who was a four-star tight end originally in the 2020 class, did not come to Alabama until the 2021 offseason. He did not play in any games for the Crimson Tide last season. With Clark’s absence, that leaves the Crimson Tide with three options at tight end this spring that include Cameron Latu, Robbie Ouzts and Elijah Brown. Alabama is also expected to add two freshman tight end, Amari Niblack and Danny Lewis, this summer.

Hall, the No. 5 wide receiver in the 2021 class, made his decision to enter the portal one day after Alabama coach Nick Saban announced that he was suspended for violating team rules.

When Saban addressed Hall’s future at Alabama and whether he would be able to rejoin the team in a news conference, he did not give a promising response for the sophomore receiver.

“Everybody has a responsibility and obligation to respect the principles and values and do what they need to do,” Saban said. “They’re all there to help them be more successful, so to respect those and do those are always really helpful.

“He’s [Hall] had that opportunity once, so I don’t know what his plans are for the future,” Saban said.

Hall finished with four catches and 72 yards in his freshman season. The Crimson Tide will now turn to junior Traeshon Holden—who had the most yards (239) in the returning trio—and sophomore receivers Ja’Corey Brooks and JoJo Earle.

Hall becomes the second receiver to join the portal from the 2021 class; Javon Baker was the first and is now at Kentucky. After Clark and Hall, 15 players have entered the transfer portal either during or after last season for the Crimson Tide, according to 247Sports.