ALEX BRUMMER: Glaxo looks to the future as it reveals fresh efforts to defeat all mutations of the coronavirus

Despite its amazing vaccine credentials, GlaxoSmithKline has not had a good war against Covid-19.

It has been disappointing for chief executive Emma Walmsley that results from its collaboration with France’s Sanofi have fallen way behind, and it has dropped a partnership with China’s Clover.

No one can accuse GSK of despairing. Along with its pre-tax profits of £6.97billion, it revealed a fresh effort to defeat all mutations of the coronavirus by working with Germany’s Curavac to develop a next-generation vaccine. 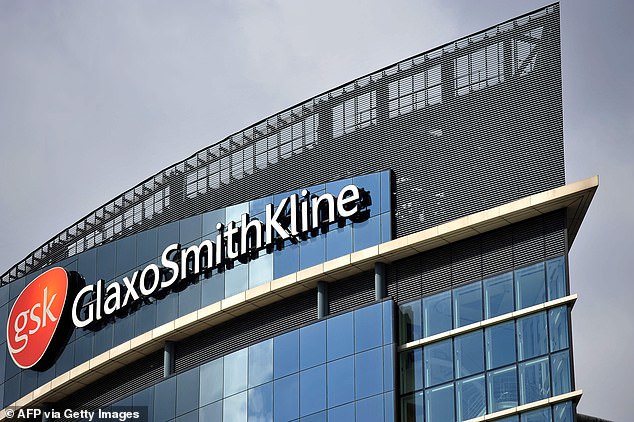 Virus fight: GlaxoSmithKline has revealed a fresh effort to defeat all mutations of the coronavirus by working with Germany’s Curavac to develop a next-generation vaccine

GSK may have been beaten to the post by Pfizer, Oxford Astrazeneca, Moderna et al, but there must be confidence that when it does reach the finish line it will have something valuable in the locker.

After all, it has vaccines for hard-to-beat conditions including cervical cancer, some strains of meningitis, shingles and new monthly jabs for HIV sufferers.

GSK’s latest financial results are lacklustre and it cautions that 2021 may be tricky. Covid increased demand for over-the-counter medicines such as Panadol, but is disrupting sales of prescription drugs as surgeries cut capacity.

It doesn’t have the best pipeline of new drugs, although research star Hal Barron is seeking to put some zip into its work on immune drugs and genetics with the promise of 57 vaccines and medicines, mainly aimed at infectious diseases, by 2026.

Walmsley’s plans for extracting more value for shareholders by hiving off its strong consumer healthcare arm from pharma have so far failed to excite investors.

But as AZ has demonstrated with immunology, new compounds require patience. In the meantime, it is possible to draw comfort from the fact that the sum-of-the-parts worth of GSK is far higher than the current market value of £64.5billion.

An early Covid win, and some stardust from Barron, could quickly turn the stock market tide.

Let’s draw a breath and be grateful that GSK is part of the UK’s world-leading research base which gives hope for the UK’s post-Covid, post-Brexit future.

Italy has a history of reaching out to technocrats when the economy hits the buffers.

It has hit the jackpot in the shape of Mario Draghi, former chairman of the European Central Bank, who will always be remembered for his 2012 pledge to do ‘whatever it takes’ to save the euro.

It signalled the start of the ECB’s large-scale bond-buying and refinancing for Europe’s failing banks.

Having held the eurozone together at its most vulnerable moment, can Draghi do the same in his native country?

No one has a better skill-set as a central banker. The EU needs him to succeed if the weakest link among the continent’s big three nations is to be strengthened.

If Draghi could rally the diverse political voices of the eurozone behind his rescue nearly a decade ago, one might imagine that repairing Italy’s toxic politics might be easy. But the rise of populist sentiment, itself a reaction to years of stagnation and high unemployment, means it will be tough.

Output plummeted by 9 per cent in 2020 and public debt stands at 170 per cent of national output.

In Italy the debt is less of a problem because of the willingness of savers to hold large amounts of bonds in their portfolios.

Draghi’s immediate task will be to pull the fighting coalition factions together to create a credible plan to draw down some £188billion of the EU’s £676billion Covid rescue funds.

The idea is to use the funds to make Italy more digitally connected, greener and competitive.

It is not an agenda that appeals the radical-Right Five-Star movement.

However, a credible fiscal plan together with Draghi’s presence should shore up confidence on financial markets.

But with Italy you can never quite tell.

What a difference a regime change can make. The departure of Swiss-based Rico Back and the arrival of Keith Williams for a spell as executive chairman at Royal Mail (new CEOs are now in place) has seen the 30-year war with the unions hosed down.

The posties are among the unsung heroes of the pandemic, delivering to front doors in all weather and in the face of a rampant virus.

Now they have agreed faster delivery of new tech, designed to speed up customer service, and a big focus on parcels, in exchange for a decent pay deal.

Peace in our time.

Say it with ink! Model Imogen Anthony unveils a new ‘painful’ tattoo ahead of her 30th Birthday

Will flags and smart suits win votes for Labour?

Will flags and smart suits win votes for Labour?