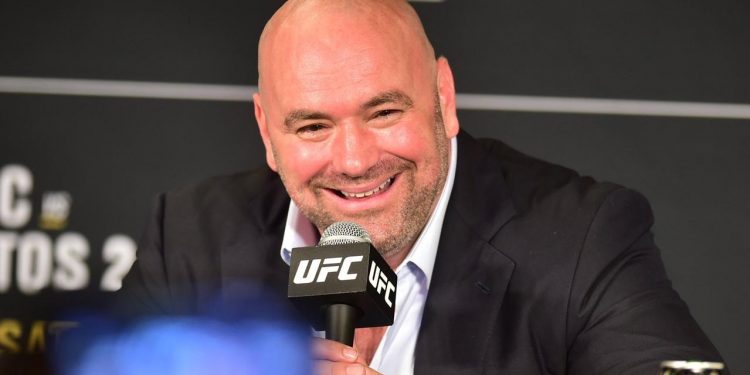 
UFC president Dana White, like just about everyone else that watched on, was left in awe of Alexander Volkanovski’s featherweight masterclass on Sunday (AEST) in Jacksonville.

After serving up almost four rounds of mixed martial arts perfection, Volkanovski solidified his status as one of the organisation’s most dominant champions in a brutal beatdown of Chan Sung Jung.

“Tonight, he came out and made a statement,” White said, “that ‘I’m the baddest dude in the division.’

“He made the Zombie look like he didn’t even belong there.

“The fight probably could have been stopped the round before it did, but he couldn’t have looked better than he did tonight. He looked incredible.”

Asked if Volkanovski was beginning to threaten welterweight king Kamaru Usman’s status as the pound-for-pound king, White conceded: “He’s up there.”

Volkanovski has now won 11 straight fights in the UFC; taking out the likes of Jose Aldo, Max Holloway, Brian Ortega, and now ‘The Korean Zombie’ along the way.

‘ONE OF BEST EVER’: Volk’s post-fight admission reveals why ref call was brilliant

‘YOU SURE’: Volk’s moment of mercy as ‘picture-perfect’ Aussie dominates

But all those big wins have come abroad, thanks in large part to COVID-19.

“No. We won’t be there [Australia] this year,” White said.

“You know what’s going on over there. That place is still locked down. I can’t risk trying to bring a show over there, get there, and have it shut down.”

White was corrected after suggesting the Formula 1 had been shut down in Melbourne this weekend but made clear a trip to Australia in 2022 was not part of the plans.

“He ruled out Australia?” Volkanovski asked after being informed of White’s answer.

“I want to defend my belt in Australia. Things are getting good back home. I think they can get it over the line.

“I love fighting here [in the US]but at the same time, let me defend my belt in Australia.

“I think I deserve that.

“We’ve got big boxing fights happening in Australia, why can’t the UFC be there?

“I know Dana, he’s a clever man. He wants to take over everything.

“There’s big boxing events over there. He wants to take it? Let’s go over there and try make it bigger.

“I know what he’s like, so maybe we’ll have a talk and see what we can do, but I definitely want something in Australia. I think I deserve it and I think it will benefit him 100 percent, because we’ll sell out a stadium over there, no doubt.”

Chapel Down signed up as English cricket’s official bubbly

Chapel Down signed up as English cricket's official bubbly