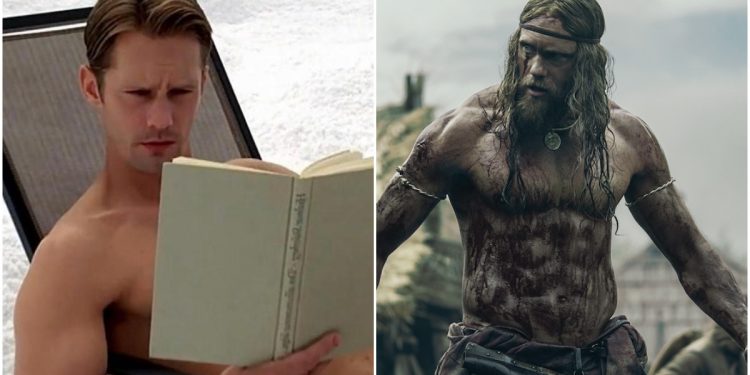 
As Skarsgård again asserts, he’s a child of Scandinavia, so he’s always fascinated by Viking culture. But the series apparently ignited in him the need to begin a years-long saga—a search for a true Viking movie. This eventually led Skarsgård, who was by then working with Hereditary producer Lars Knudsen, to first approach Eggers about making a movie centered on men from the true North.

Eggers previously told Den of Geek Magazine: “Maybe it was a meeting about nothing or maybe Alex had specific designs for me, I’m not entirely sure. But we sat and started talking, and quickly he said that he had been trying to make a Viking movie for some time with Lars Knudsen, who was one of the producers of The Witch and a friend of mine, and I didn’t know this. So I said, ‘Well, I have a Viking movie for you,’ even though I didn’t really.”

Eggers japes. He’d already fallen in love with Iceland after recently visiting that singularly rugged landscape with his wife shortly after completing The Witch. But this conversation was the beginning of a serious consideration about Viking lore as a cinematic subject, and the first inkling of a collaboration that resulted in exactly what Skarsgård wanted: a brutally realistic yet mythic approximation of the Icelandic sagas he savored so many moons ago.

“The dream was to have something that would capture the essence of those sagas and the laconic language,” Skarsgård says. “The harshness and stark nature.”

Harsh, stark—and, yes, beautiful—are all fitting adjectives to use with regards to The Northman.

The Northman opens in theaters on April 22. Our full interview with Skarsgård will be available next week.