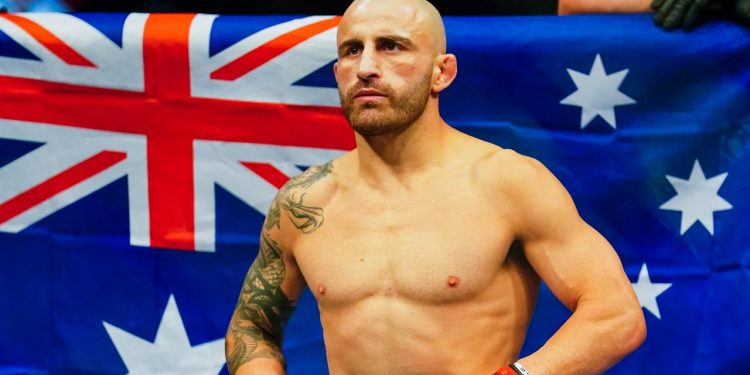 
Australian UFC sensation and featherweight champion Alexander Volkanovski will put this title on the line on Sunday in a blockbuster main event bout against Chan Sung Jung.

Volkanovski was initially slated to take on Max Holloway in what would have been the third fight between the pair before the American pulled out with an injury.

Now, the Australian faces the ‘Korean Zombie’ instead in what his third title defence.

Here, foxsports.com.au answers all the key questions you may have ahead of Sunday’s fight.

Who is the Korean Zombie?

Jung Chan-sung, better known as ‘The Korean Zombie’, made his professional debut back in 2007 before making the jump to the UFC in 2011. Of course, for anyone knew to the UFC, the first question is how Jung got his nickname. Well, that came from his zombie-like ability to maintain aggression in the octagon, even after sustaining constant blows. Jung last fought Dan Ige in June last year, winning via unanimous decision. He has a 17-6-0 record in the UFC and had his last shot at the tile in 2013 against Jose Aldo, before stepping away from the sport for two years to fulfil mandatory military service for South Korea.

When is the fight?

Volkanovski and ‘The Korean Zombie’ headline UFC 273, which takes place on Sunday, April 10 [AEST]with the early prelims set to begin at 8am.

The prelims will follow shortly after at 10am with the main card, which is pay-per-view, at 12pm.

The main event will be at around 2pm, when Volkanovski and ‘The Korean Zombie’ will walk out to the octagon.

You can watch UFC 273: Volkanovski vs The Korean Zombie LIVE on Main Event available on Kayo & Foxtel, Sunday 10th April from 12pm AEST. You can order it here.

What is the tale of the tape?