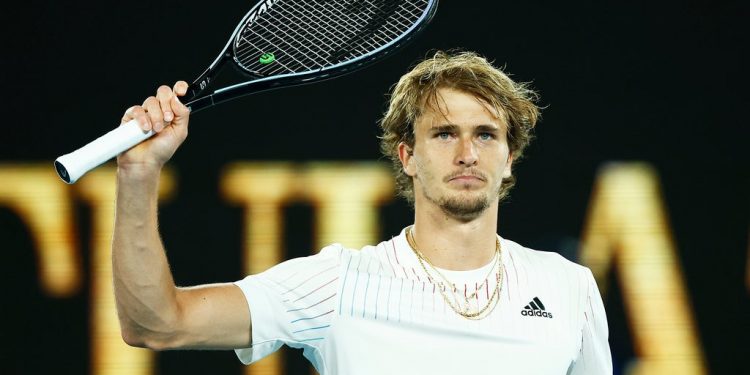 Follow all the action as the second round of the Australian Open gets underway on the third day of the tournament in Melbourne. Tournament favourite Ashleigh Barty took just 52 minutes to storm to another emphatic victory, this time a 6-1 6-1 victory over Italian qualifier Lucia Bronzetti, to reach the third round. The women’s number one seed required even less time than the 54 minutes she needed for her round one win against Lesia Tsurenko on Monday as the Australian cruised through. Rafael Nadal also stormed to a dominant 6-2 6-3 6-4 victory over German qualifier Yannick Hanfmann as he reached the third round without dropping a set.

Defending champion Naomi Osaka produced a magnificent display of ball-striking as she swept past American Madison Brengle 6-0 6-4, as she remains on course for a fourth round meeting with Barty. Osaka wrapped up the opening set in just 20 minutes before overcoming a break of serve to seal the second. In the final match of the day on Rod Laver, third seed Alexander Zverev took down home hopeful John Millman in an impressive 6-4 6-4 6-0 performance. Maria Sakkari also advanced in the final match on Margaret Court Arena, 6-1 6-4 against Qinwnen Zheng. Follow all the latest updates below:

There’s only one match still ongoing in Melbourne, and Gael Monfils is making light work of it.

The popular Frenchman is 6-1 6-0 and cruising against Alexander Bublik.

Alexander Zverev said he was expecting to be booed after defeating Aussie John Millman.

“I feel good, I won… I could really feel that you guys were in lockdown for two years! It was an amazing atmosphere and hopefully it will get even louder for the next few matches.

“I was prepared that everyone would hate me after the match. I was hoping to get the boos and for everyone to be against me.”

Emphatic from Zverev. Millman can’t return the German’s serve out wide on match point and the Australian departs with the respect of the home crowd after a brave fight.

But that was pretty impressive from the Olympic champion – a real statement performance from the 24-year-old.

And there’s the triple. Brutal hitting from Zverev – and it leaves Millman with no answers. The Aussie fought admirably to make the first two sets close but he looks a beaten man now. Zverev will now serve for the match.

Djokovic to hold talks with lead sponsor to ‘review events’

Novak Djokovic is set for talks with one of his major sponsors after apparel giants Lacoste confirmed they would like to “review the events” that caused the Serbian to be deported from Australia.

The 20-time Grand Slam champion had his visa revoked ahead of the Australian Open having been unable to meet federal coronavirus requirements to enter Australia.

Djokovic received a medical exemption to play as an unvaccinated player in Melbourne, but later admitted that incorrect information had been included on his immigration forms.

The 34-year-old failed in a final appeal against the government’s decision to remove his visa over the weekend and has now returned to Serbia.

And Lacoste, who have worked with the tennis star since 2017, say they now wish to have discussions with Djokovic about the affairs in Australia.

“As soon as possible, we will be in touch with Novak Djokovic to review the events that have accompanied his presence in Australia,” Lacoste said in a statement.

“We wish everyone an excellent tournament and thank the organizers for all their efforts to ensure that the tournament is held in good conditions for players, staff and spectators.”

That’s very good from Zverev as he takes the double break and, probably, the match. Brilliant hitting from the German and a forehand winner into the corner sets up two break points and although Millman saves the first – Zverev places a superb backhand down the line to surely break Millman’s resistance.

Zverev takes a big step towards the third round after again breaking Millman’s serve early – continuing the pattern from the opening two sets. Zverev stayed patient in the baseline rally and the Australian framed a forehand on break point to hand the German the early advantage.

It’s hard to see Zverev being broken from here – unless some of his troubles with double faults continue.

Zverev takes the second set as he sets up the forehand winner with a strong serve down the middle. The German is in a comfortable position after 90 minutes of play and the only questions being asked of his serve are of his own making with the double faults.

Woah – from 40-15 on his serve, Zverev produces two double faults to hand Millman a chance at deuce. That’s concerning from Zverev, though. The first double was the German attacking the second serve, but the one after was a weak effort and one that hints at some uncertainties.

Zverev takes an entertaining point at the net before holding, and is one game away from taking a two-set lead.

Zverev breezes into 40-0 on his serve before holding. immediately turning the pressure back on Millman. The Australian is grateful for a fairly straightforward hold of his won, coming out on top following a couple of baseline exchanges.

Millman goes on the attack in the next game and Zverev has to produce a backhand on the run to avoid 0-30. Millman then gets the better of the next exchange, putting away a volley at the net, before Zverev double faults to bring up two break points!

The serve gets him out of trouble, though, reeling off two aces and then a fierce serve down the line which Millman can’t return. Too good.