Alexei Popyrin: Why Family Is Everything To Me | ATP Tour 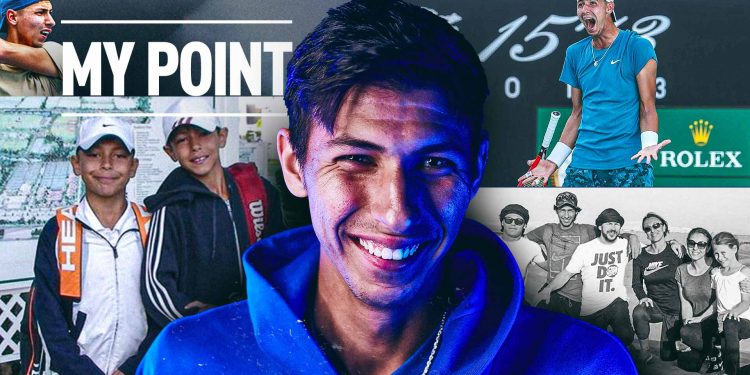 I was a nine-year-old walking out of school in Dubai when my dad told me that. He had spoken to my teacher and said I would be missing the next two weeks to compete in a tournament in Croatia. That was the beginning of it all.

Born in Australia, I started playing tennis when I was quite young. We moved to Dubai when I was eight due to my father’s work. But until that point, I had only played after school. Sometimes I would miss a Friday to compete in a tournament in the United Arab Emirates, but this was different. I had never been to Europe. I had never played on clay. I was happy with missing two weeks of school, but traveling so far for tennis? That was unbelievable!

I was still playing soccer at school and was pretty good at it. I was the striker and the coach, former Premier League player Carlton Palmer, was trying to convince my mom that I should quit tennis. He thought I could make it in soccer, but said I couldn’t do both. My mom told him to come watch me on the tennis court and when he did he was like, ‘Yep, stick to tennis!’

I didn’t know it at the time, but that trip to Croatia would serve as a test from my  to see how my level compared to kids from around the world, including Alex de Minaur and Nicola Kuhn. We packed our bags and me, my mom, dad, my brother, my little sister and my grandma all went to Croatia. Family is everything to me, so as much as I remember some of my matches, I have plenty of stories of car rides like that one with them.

From 10 to 17 we moved to Spain and throughout those years we would travel for three months at a time going from tournament to tournament, from Italy to Slovakia to Slovenia and so on. My brother Anthony, who is a year younger than me, would also be playing the tournaments and my little sister Sonia, who was in kindergarten, would go too. Anthony and I would be in the back of the car being pains in the a**** and my dad, who was driving, would be screaming at us. My mom was there and so was my grandma, who was always solving her Sudoku puzzles during the ride.

We had TVs in the car and at that time we didn’t know how to download movies on the computer. There was no Netflix back then, so we would just watch a couple movies we had and travel across Europe in the car with the whole family.

A lot of the time we would rent a house for a week or two at a tournament. My mom tried to find the cheapest possible option, which was tough because we needed a huge space. There were six of us, and we would have needed three rooms at a hotel. My parents did not want my brother and I to stay in the same room because we would never fall asleep. We would be up until 3 or 4 a.m. and need to be up at 7 a.m. the next morning. We would act crazy! We would stay up all hours just talking, watching sports, YouTube, all that stuff.

We’re the sort of family that likes to stick together and I still enjoy living at home with my parents and my little sister. Looking back at those moments, it was so awesome having the whole family there. I didn’t fully realise this at the time, but my family sacrificed everything to enable my brother and I to chase our dreams.

About a year after that first tournament in Croatia, my parents sold our house in Sydney, where we lived until I was eight. I didn’t see it as a big deal at the time because we didn’t live there, and hadn’t for three years. But that’s a bloody big deal!

That’s the place in Australia where we called home, where we would have returned if things went wrong. If I suffered an injury or wanted to go back to school, what would have happened? Our safe haven was gone. My family was fully invested in our tennis. Parents are the ones who believe in you the most, and mine showed it in my brother and me.

I always said my brother had more talent and hit the ball better than I did. Unfortunately at 14 he suffered an unlucky injury in the bone on his toe. It took him a year and a half to recover and that set him back. If it wasn’t for his injuries, he would have been where I am too. He’s still my best friend and I’m his best friend. We text every single day and we know that we’re there for each other all the time.

Another thing you should know about me is that I’m super competitive. I’ve never wanted to lose anything, whether it was a game of football, a board game or PlayStation. If I didn’t want to lose in those, you could imagine how competitive I am on the tennis court. I think that competitive spirit shows in my game.

I’ve always had the belief that I was going to become a professional. I never doubted myself for one second. The older I got, the more I understood what goes with being a professional. We’re trying to get to the top, and I adjusted to that. My family adjusted to that, too. They made more sacrifices and I worked harder and focussed more.

When I was 17, I started to break through on the ATP Tour and that is when the pressure came. I had finished juniors, wasn’t making the money to support myself and that is when it hit me. ‘S***, if I don’t make it, then all of this is for nothing.’ You’re on a one-way street from there on out. My dream was to become a professional tennis player and if that didn’t happen, I would have considered it a failure. That was the pressure that I felt the most. 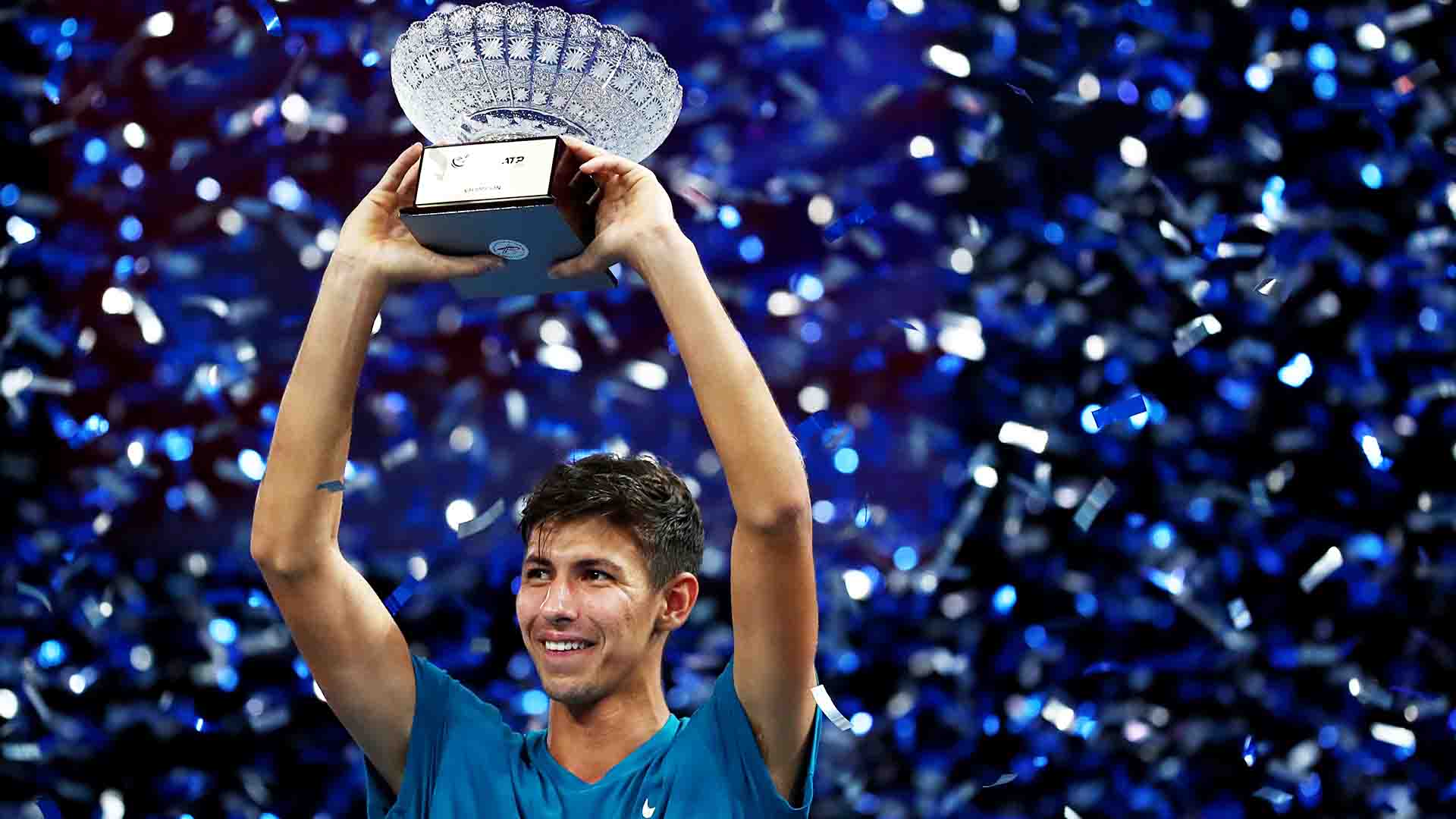 Alexei Popyrin owns an 8-2 record in 2021.” />
Photo Credit: Singapore Tennis Open
Last year was the best of my career, winning my first ATP Tour title in Singapore and reaching a career-high No. 59 in the world. I’m working hard every day so that the best is still to come.

The Australian Open is particularly important to me. Not only do I love competing at my home Slam, but that’s where I grew up as a young kid. I still remember sitting in the stands when Lleyton Hewitt beat Marcos Baghdatis in a match that ended at 4:33 a.m. I dreamt of being part of those moments myself one day.

I’ve always loved playing on the big stage. I’ve always believed that when I got there to compete in front of thousands of people, I would feel at home. Now, I truly feel I belong in those moments.

The fact that my parents always believed in me really helped with that. They were always encouraging me and were there whenever I needed them. My mom was travelling with me everywhere and my dad was a phone call away. Without them, I wouldn’t have made it. Yet here I am, and I hope I will continue to make them proud.

– As told to Andrew Eichenholz

Pensions are now a bigger store of wealth than property

Pensions are now a bigger store of wealth than property