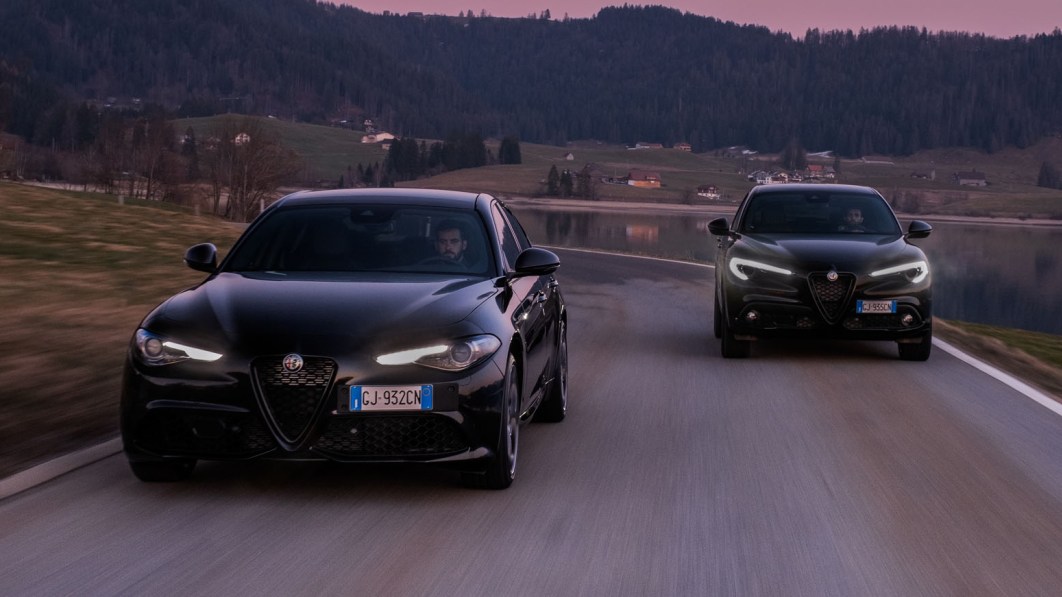 Alfa Romeo has made its plans perfectly clear. It’s going EV, and that means that the Giulia and Stelvio as they exist today with powerful gasoline engines will eventually cease to exist. However, we’re still a few years away from that electric future, so Alfa has a little time to play its current models out with style.

We asked senior VP of Alfa Romeo Larry Dominique what we should expect from Giulia and Stelvio in between now and the switch to electric, and he was happy to give us a glimpse at what’s ahead.

“So what we’ve done is develop these buzz models,” Dominique tells us. “The first one is the Estrema, which we’ve already announced and we’re launching it with 2023 production in May. This fall, we’re going to start talking about other things like a Lusso Edition and Competizione Edition and things like that.”

We’ve already heard about the Estrema, but the Lusso Edition and Competizione Edition are both new. The Lusso, if Alfa remains consistent, will likely be a luxury-centered version of the Giulia and Stelvio. It’s the Competizione that has our attention. Similar to the Estrema, this model sounds like it would be directed toward enthusiasts and feature some performance upgrades.

“So we’re going to look at these different components, different parts, QV parts on a Veloce and things like that,” Dominique said. “Unique color combinations and unique colors.”

Adding QV (Quadrifoglio) parts to non-Quadrifoglio models is a similarly enticing proposition. We can hope that it comes to pass, because this would result in some rather aggressive-looking Giulias and Stelvios that don’t come with a Quadrifoglio price.

Looking into the somewhat more distant future, Dominique says that the current generation Giulia and Stelvio will get one final refresh for the 2024 model year.

“In 2024 model year, we’re going to have a final minor change for Stelvio and Giulia,” Dominique continued. “So you’re going to see some changes visually inside and outside, associated with that. And we’ll continue with the buzz model strategy, even though we have the 2024 change coming at the same time.”

If you’re a Giulia or Stelvio fan (as we tend to be), this final refresh car is bound to be a desirable one. Instead of dwindling away without any attention, Alfa is singing its gas-powered Giulia and Stelvio out with a little love before they’re officially put out to pasture in favor of electric models.

We asked Dominique about the possibility of a mid-tier performance model to split the difference between the extreme Quadrifoglio and normal Giulia/Stelvio, but there’s no chance of that happening now. As it stands, Dominique says the Quadrifoglio is seeing greater demand now than it’s ever had, and Alfa says it’s increasing production of the twin-turbo V6 model for 2023.

How Jake Spencer-Churchill, 5, is beating ADHD after the NHS wrongly said he had autism

How Jake Spencer-Churchill, 5, is beating ADHD after the NHS wrongly said he had autism