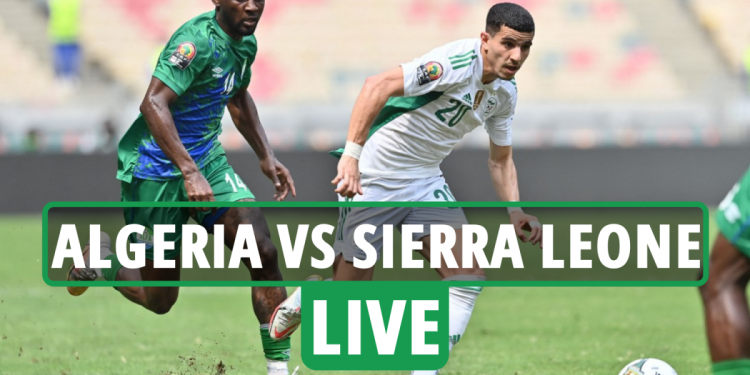 The Sierra Leone players celebrate wildly in front of their fans after earning a crucial point.

Algeria looked like they might steal it at the death with a free header but Kamara held on once again.

In the dying minutes, the Algerians looked like they were the only team capable of winning it. However, Sierra Leone were good value for the draw.

Algeria can look back on a hatful of chances missed in the second half, but also at an anaemic first 45 minutes in which their opponents were the better team despite not qualifying for the tournament for 25 years.