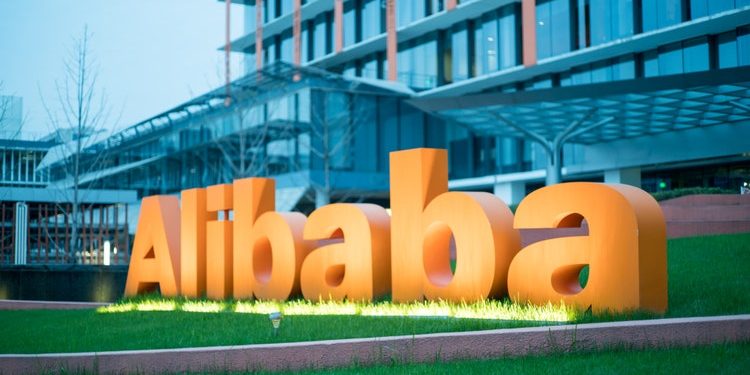 
Alibaba (BABA) just filed a F-6EF registering a further 1 billion ADRs. Given that BABA’s shares outstanding is around 21.9 billion shares (which correspond to 2.71 billion ADRs), one could be excused to think that massive dilution was incoming.

That is not the case.

Instead, there’s another explanation for this F-6EF. Let’s see what registering 1 billion further ADRs actually means.

First of all, the BABA shares traded on the Nasdaq are ADRs (American Depositary Receipts). What an ADR actually represents is not a direct ownership of the underlying company. Instead, it’s a receipt for an ADS which actually then gives ownership rights over shares of that underlying company deposited with a given ADR depositary. In the case of Alibaba, Citigroup. Also in the case of Alibaba, each BABA ADR represents 8 underlying Alibaba shares.

Its objective is to register more ADRs. That is, to allow for the possibility of more ADRs being issued. But note what it is not for: It’s not to create the possibility of issuing more common stock. When going through the SEC’s general instructions for this form, here’s the relevant passage:

Registration of Deposited Securities. Form F-6 is available for registration of the Depositary Shares only. The registration of the deposited securities, if necessary, shall be on any other form the registrant is eligible to use. Alternatively, Depositary Shares may also be registered on any form used to register the deposited securities if such registration statement also conforms to the requirements of Parts I and II of Form F-6 and either the depositary or the legal entity created by the agreement for the issuance of ADRs signs the registration statement with respect to the disclosure and undertakings made in response to such requirements. The amount of fees charged need not be disclosed in the prospectus if the depositary makes and follows the undertakings in Item 4(C) and if the prospectus lists the various services for which fees may be charged, states that such fees may differ from those other depositaries charge, states that the fee schedule is available without charge from the depositary, and states that each registered holder of an ADR will receive thirty days notice of a change in the fee schedule.

Hence, what F-6 does is increase the maximum number of ADRs which can be created. It does not change the number of shares which represent a company’s equity.

The ADRs themselves will then be created, up to the number allowed, by investors presenting common shares to deposit at the depositary and asking for ADRs in return. Notice the following passage, describing the mechanism:

In the case of Alibaba, up to 1 billion new ADSs (traded as ADRs), representing up to 8 billion common shares, are being sought for registration.

And Why Increase The Number Of Registered ADS/ADRs?

The ADR mechanism of share creation and redemption is essential when there are two different markets where a company’s shares trade. For instance, right now, BABA is listed in Hong Kong and the Nasdaq.

Since an investor can always buy/sell ADR/shares in one of these markets and convert them into ADR/shares in the other, the quotations in both markets will always tend to be in balance because there’s an easy arbitrate mechanism.

For instance, if BABA (9988 in the Hong Kong stock exchange) becomes cheaper in Hong Kong, an investor can buy shares there, convert them to BABA ADRs and sell them in the Nasdaq, pocketing the difference and pulling the markets back together. This also applies in the other direction.

Now, there are times when the market becomes so one-sided, with so much demand for ADRs that ADRs are created up to the registration limit. If an F-6 is not filed at that time, it can happen that the depositary is no longer able to create more ADRs. What happens then is that the stock might start trading at a premium to its price in another market. This has, for instance, happened to Mobile TeleSystems (MBT) in the past, with the stock building a premium of up to 7-9% over its Moscow quote.

What this tells us is that a possible motive for filing an F-6 can be growing demand for ADRs which would risk the exhaustion of the currently registered ADRs. When that happens, it represents a bullish development in as much as it speaks of ongoing excess demand for such ADRs.

There is, however, also a possibly bearish interpretation.

Many Alibaba investors hold common stock on Alibaba, not ADRs. As it were, to sell this common stock might require a higher number of registered ADRs. Those investors would then deposit their common stock with the depositary, creating more ADRs, and would then be able to sell their BABA ADRs on the most liquid market, the Nasdaq.

There will be instances, though not this one, where such happens.

As far as we can ascertain, there is an actual, but administrative, motive for this particular F-6EF. The F-6EF itself contains a letter from Alibaba (already from February 18, 2021), and in this letter, we learn that there’s a potential motive requiring a higher availability of registered ADRs.

It turns out that to satisfy the Hong Kong listing agreement, and to transfer affiliate Alibaba common shares from the Cayman register to the HK register, these shares must also be registered as ADRs. Hence, I believe this is the main motive behind needing to register a large number of new ADRs.

The main conclusion to be drawn is that this F-6EF does not represent dilution. I had seen commentary fearing as much, which was what prompted me to write this article.

Also, there doesn’t seem to be any indication that the additional ADRs that might be created will in any way represent additional Alibaba selling. Instead, we’re likely just seeing an administrative requirement being fulfilled, with likely no market impact.

However, if the administrative motive is not the real motive, then this need to register more ADRs would most likely be bullish, in as much as it could represent ongoing excess demand for ADRs.

Finally, the only difference between an F-6 form and an F-6EF form is that the F-6EF form is effective automatically without the need for a review.

Episodes of Joe Rogan’s show are disappearing from Spotify

Episodes of Joe Rogan’s show are disappearing from Spotify