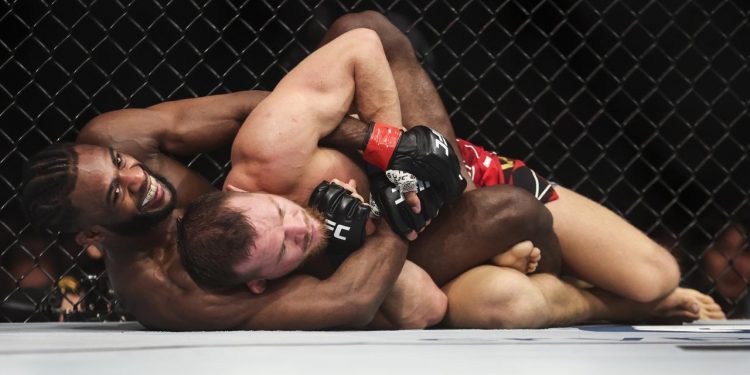 
The co-main event for the UFC 273 bantamweight title fight ended with a bit of controversy as champion Aljamain Sterling won the title unification match over interim champ Petr Yan.

The official scorecards had two judges giving the win to Sterling and one judge giving it to Yan.

Never shy of stating his opinion on the judges’ scoring, UFC president Dana White said, “I thought the judges blew that one. I had it 3-2 the other way.”

The controversial decision had fans in a bit of a stir as well. The consensus was that Yan took the opening round and the final two while dropping the second and third rounds.

Typically, rounds are judged using the boxing format of 10-9. Ten for the winner of the round and 9 for the loser — with an occasional 10-8 round if it is lopsided and a very rare 10-7 if the round isn’t even competitive.

In an interview with Joe Rogan after the fight, Yan was in disbelief.

After the fight, White denied Yan’s rematch request despite believing that he won. When asked if a rematch was next for Sterling, White said, “Nah, that fight is going to be there. Petr Yan is one of the baddest dudes in that division. We will probably do the TJ [Dillashaw] fight.”

Dillashaw, the former bantamweight champion, will likely get a crack at reclaiming his throne later this year against Sterling. Dillashaw was stripped and suspended for two years as the result of a positive test for EPO, also known as blood doping, which was made famous by cyclist Lance Armstrong.

Dillashaw and Sterling could be expected to face off sometime this summer, although a firm timetable has not yet been discussed.

COVID-19 updates: Every state and territory’s coronavirus numbers in one place

White House says it wants to make medical debt less of a threat to consumers’ financial health: ‘The system is out to get them’

White House says it wants to make medical debt less of a threat to consumers’ financial health: 'The system is out to get them'