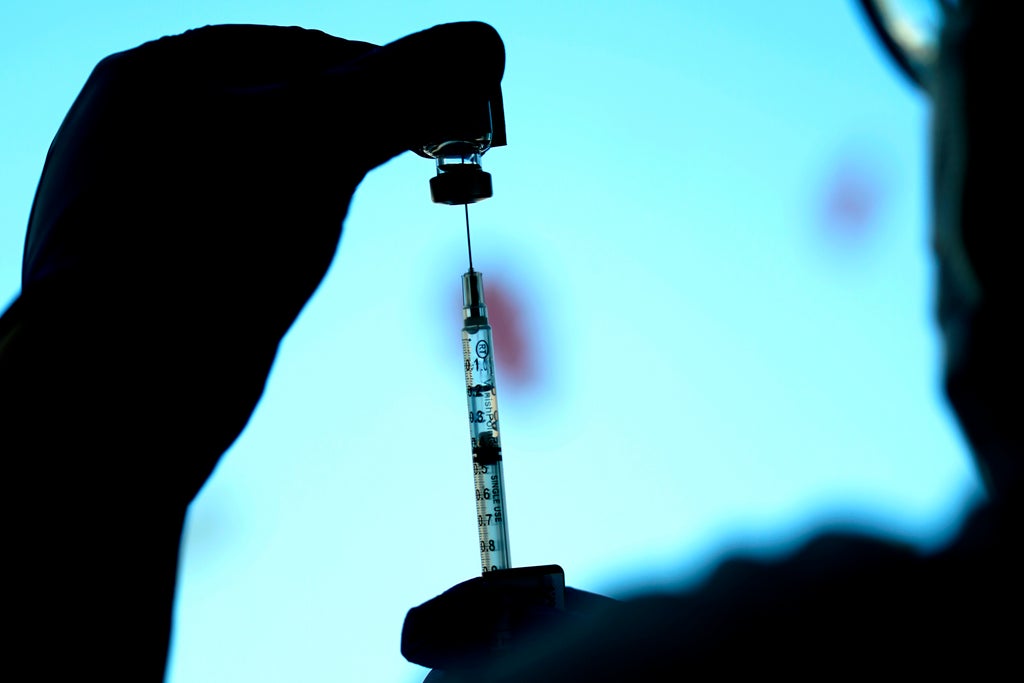 All eligible adults in England have been offered a Covid-19 booster vaccine, the government has said – apparently meeting the target announced by Boris Johnson earlier this month.

In further good news for the vaccine programme 90 per cent of all adults aged over 12 have now had their first injection following a surge in demand .

The NHS has dramatically stepped up its vaccination drive in the last few weeks in a bid to increase protection against the omicron wave, which is seeing record case numbers reported across the UK.

To speed up the process the health service oversaw the opening of 180 new vaccine sites in December, drafted in 750 armed forces personnel, and scrapped the 15-minute post-jab observation period in a bid to get more vaccine into arms.

In his New Year message Boris Johnson boasted that the UK’s “position this December the 31st is incomparably better than last year” and said people had “responded heroically, voluntarily, and in almost incredible numbers to the call to get vaccinated”.

Speaking directly to people who were yet to get a booster shot, Mr Johnson added: “Look at the people going into hospital now, that could be you.

“Look at the intensive care units and the miserable, needless suffering of those who did not get their booster, that could be you.” He said people should make it their New Year’s resolution to get their jabs.

Ministers have however admitted that many people had not been offered jabs because they would have to wait 28 days after being infected with Covid to get one.

7 in 10 eligible adults have had their booster already, accounting for 28.1 million people. The government says there are “hundreds of thousands” of appointment slots still available between now and Monday 3 January, with “millions” more slots available beyond 3 January.

In a statement, health secretary Sajid Javid said the UK’s programme was “world-leading”, adding: “I am delighted to confirm we have hit our target of offering a COVID-19 booster to all adults by the New Year.

“I am incredibly proud of the work the NHS has done to accelerate the programme and offer my thanks to the frontline staff, volunteers, Armed Forces and British public who have made it possible for us to meet this commitment.”

Mr Javid added that it was “never too late to come forward for you vaccine”, stating: “The NHS is ready for you and has been working around the clock for over a year to jab more than 90% of the UK population, an incredible 51.7 million jabs.”