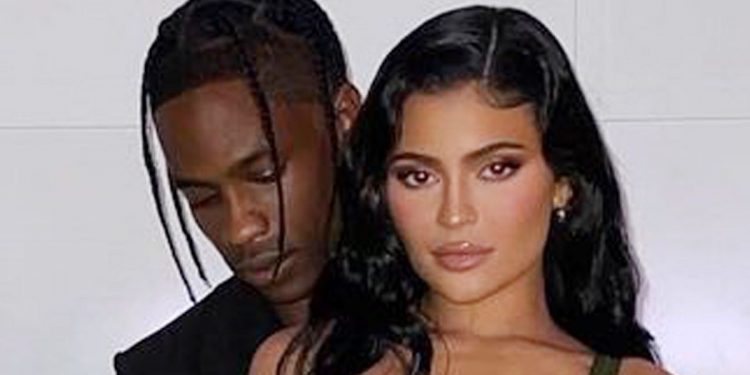 
Coachella is only hours away and is always the ultimate place to be for amazing music and endless Instagram photos.

Since the festival began in 1999, it has proven to be the favoured place for celebrities to bring their partners and pack on the PDA.

Kylie Jenner and baby daddy Travis Scott famously met at the arts and music festival held at the Empire Polo Club in California.

The make-up mogul and her baby daddy are now known for the rollercoaster of a relationship and their two adorable children.

Kylie shares a daughter, Stormi Webster, four, and a young son, with the SICKO MODE rapper.

In April 2017, she was seen getting cosy with Travis at Coachella, a few weeks after splitting from Tyga.

He was performing at the time and he reportedly ‘immediately gave Kylie a kiss’ after finishing his set.

“Coachella was one of the stops on his tour,” Kylie explained to GQ magazine in her and the rapper’s August 2018 cover story.

“So he said, ‘I’m going back on tour — what do we want to do about this?’ Because we obviously liked each other. And I was like, ‘I guess I’m going with you.'”

Vanessa Hudgens is known for her love of both Halloween and Coachella. Basically, she loves taking the opportunity to dress up.

The 33-year-old was in a long-term relationship with actor Austin Butler between 2011 and 2020.

On most years, the two would always be spotted enjoying the music and the vibes of the festival.

One attendee told People of the couple: “They held hands the entire afternoon. They were extremely lovey-dovey.”

They attended the event most years but, unfortunately, the couple ended their relationship in 2020, marking an end of an era.

Selena Gomez and The Weeknd

The Weeknd spent years dating supermodel Bella Hadid. But at one point, the Twenty Eight singer moved on with Selena Gomez.

In January 2017, the Only Murders In The Building actress and the singer – real name Abel Tesfaye – began dating.

Just months later, the same time Kylie and Travis were first spotted together, the two attended the festival.

Paparazzi and fans saw them making their way to the VIP area to see Travis.

A year later, a couple of months after the two broke up, The Weeknd performed a set and was reportedly getting emotional about a song that many thought is about Selena.

Katy Perry and her husband Orlando Bloom don’t shy away from the public displays of affection when they attend the event.

At one point, the Pirates of the Caribbean actor even grabbed her bum.

The two got engaged several months before the event. They had been dating on and off for around three years.

Fast forward a couple of years and the two are now happily married with a daughter called Daisy.

Former Vampire Diaries co-stars Nina Dobrev and Ian Somerhalder were Hollywood’s It couple when they dated between 2010 and 2013.

In 2012, they put on their best festival outfits and looked loved up during the days-long festival.

They were pictured sharing an intimate kiss as they held each other’s hands.

Ian and Nina broke up a year later.

He is now married to actress Nikki Reed and the two share a four-year-old daughter. Meanwhile, Nina is head over heels for her boyfriend Shaun White.

Spain beach warning as easy mistake could cost you £2,400

Spain beach warning as easy mistake could cost you £2,400