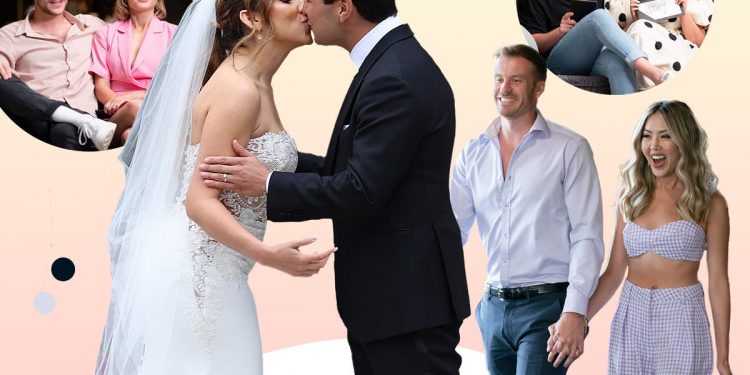 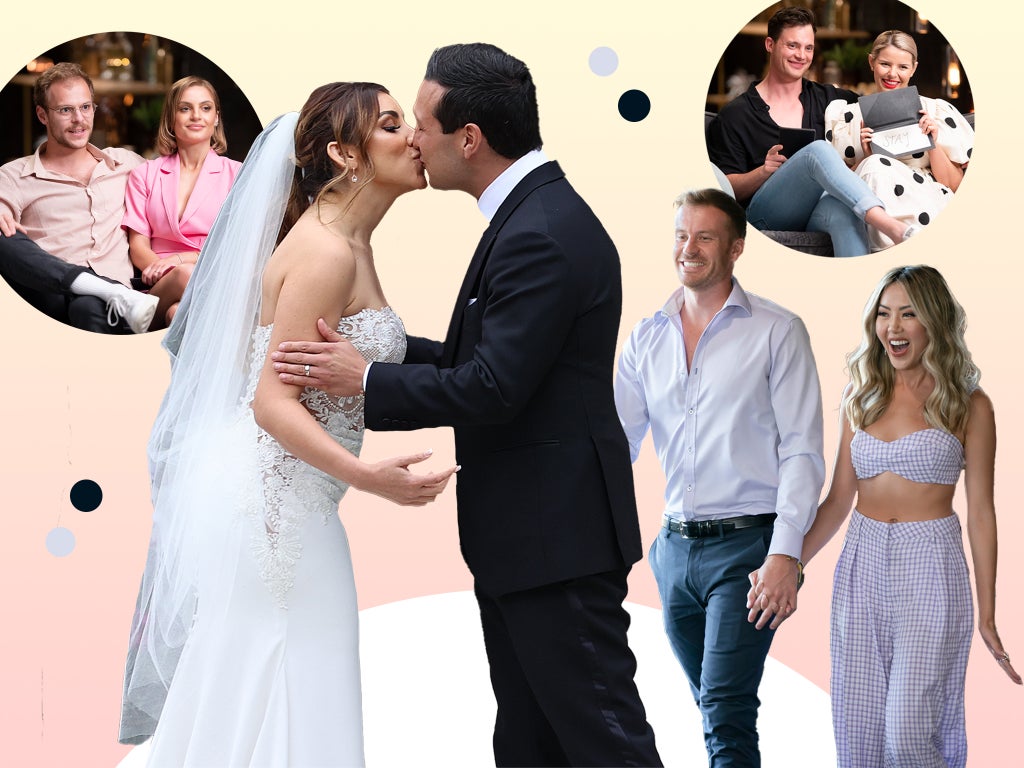 Only one Married at First Sight (MAFS) Australia couple are still together four months after the show finished filming.

The show does what it says on the tin and sees couples get paired up by relationship experts before meeting each other for the first time at the end of the aisle.

Following the wedding, the couples spend time on a “honeymoon” getting to know one another before meeting the other cast members of the show and enduring multiple tests of their relationship.

The ninth season of the show has just aired in the UK, and the reunion episode revealed which couples had lasted the distance, and which hadn’t.

Despite only one couple – Olivia and Jackson – staying together after the show, they join a small group of MAFS Australia couples from previous seasons who are still going strong.

Here’s where all of the couples from MAFS Australia are at with their relationships now.

Olivia was labelled as the “villain” of this season, something which was acknowledged during her and Jackson’s final vows.

“I need to be brutally honest with you. The way you have, at times responded to some of the challenges in the experiment and some of the snide comments that you have made along the way don’t sit well with me,” he said during the ceremony.

Yet, during the final sit-down with the relationship experts, Jackson revealed that they are still going strong, saying he had moved from Melbourne to New South Wales to live with Olivia.

The fan favourites from the beginning, Domenica and Jack looked ready to sail off into the sunset together when they decided to take their relationship into the real world at their final vows.

However, during the reunion dinner the pair revealed they had split following the final vows.

Domenica explained: “It kind of fizzled – I don’t know what happened, and I’m left very confused.”

Despite a strong initial attraction to one another, Mitch shocked viewers during the final vows when he said he wasn’t sure if he wanted to move forward with their relationship.

The pair confirmed they were still together during the reunion dinner and Mitch called Ella his girlfriend the next day.

However, it’s now reported that the pair have split and Ella is said to be dating co-star Brent, while Mitch has been linked to Brent’s ex, Tamara.

While Selin and Anthony quickly hit it off when they met in one of the first episodes, their romance swiftly dissipated on their honeymoon, with social media users accusing Selin of perpetrating toxic masculinity.

They survived the first two commitment ceremonies before agreeing to split in the third week of the show.

Social media was left cringing earlier in the season when Cody admitted to Selina that he wasn’t attracted to her, which is why viewers were surprised when the couple decided to take their relationship into the real world at the final vows.

During a reunion catch up with the show’s experts, Selina revealed that the pair had broken up.

One of the more fiery couples from this season, Brent and Tamara ultimately decided to call it quits during their final vows.

Speaking to 9Now following the ceremony, Tamara said: “Brent, I guess he wanted to have his say, have the last word, carry on like a child, throw his cards on the ground and pretty much just a ‘f*** you’.”

Tamara and Brent now appeared to have switched partners with Mitch and Ella, according to reports.

It was clear that Samantha was looking for someone more mature from the start, as she made several comments about new husband Al’s “immaturity” and “lack of emotional intelligence”.

The pair mutually decided to split during the second to last commitment ceremony.

The final intruder couple of the season, Jess was ready to leave Daniel by the first commitment ceremony but because Daniel wrote “stay”, it meant the pair had to stay and work on their relationship for another week.

However, Jess ended things for good the following day, and Daniel later paired up with co-star, Carolina.

This season’s second “intruders” got off to a shaky start after Carolina was three hours late to the wedding after having a “meltdown” over her hair and makeup.

The pair parted ways in dramatic fashion when Carolina appeared at the third commitment ceremony with Daniel, declaring they wanted to enter the experiment as a new couple.

The experts didn’t allow Carolina and Daniel to continue on the show, but they appear to still be in a relationship months after filming ended.

Holly had her doubts from the beginning of the experiment, and the relationship quickly fell apart in the second week of the experiment with Andrew storming out of a dinner party and leaving the show.

The single father didn’t show up to the third commitment ceremony, making them the first couple to leave the experiment.

Despite being the first intruders of the season, Kate wasn’t impressed with her match from the get-go, saying that he needed to “put the brakes on a little”. “He’s liking me and I’m not giving that same energy back,” she added.

The pair called it quits at the third commitment ceremony.