All the Latest on Outlander Season 6 for You Saucy Sasanachs 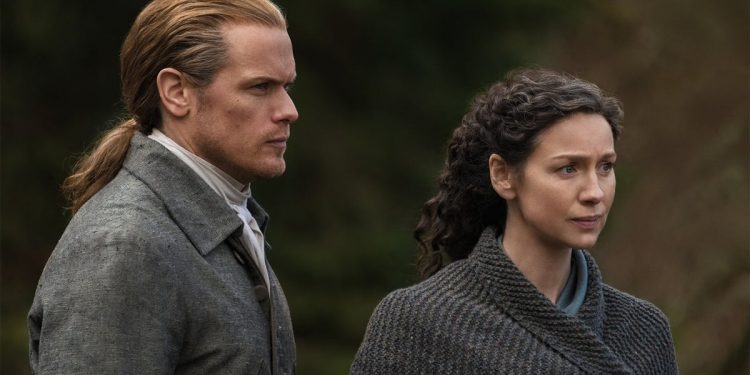 It has been a minute or two since we last heard from our time-travelling pals, the Frasers. But we have been treated to a new dose of hot and spicy Scottish drama, with updates on season 6 of Outlander dropping directly into our laps.

Here’s everything you need to know about Outlander and what’s coming for season 6.

Where did the story leave off?

If you’re in need of a refresher, fear not! We have come prepared with a rundown of where season 5 left off. Just be aware that, naturally, this means spoilers are ahead.

Season 5 kicked off with a closer look at Brianna and Roger’s relationship (meh), as well as giving us a flashback to Scotland. There’s also been talk of a very impressive sex montage which I imagine must have given folks major Bridgerton vibes.

What’s coming in season 6 of Outlander?

As Elle writes, the show is based on the book series by Diana Gabaldon. It’s believed season 6 will take inspiration from Gabaldon’s seventh book An Echo in the Bone.

It’s thought the story will kick off with the aftermath of Claire being kidnapped and assaulted before being rescued by Jamie. It’s also believed we’ll get a peek into the lives of Brianna and Roger who are still stuck in the past with their son.

“Jamie and Claire keep thinking they’re safe at Fraser’s Ridge, but in season 6 we’re asking, ‘What do you do when your home turns against you?’ We’ll see how that happens in their own backyard.”

The synopsis for season 6 of Outlander reads as follows:

It’s been a long time between adventures for our time-travelling Outlander gang, but they’re back – and some new arrivals on the scene in 18th-century North Carolina are sure to spell trouble.

Is there a trailer for Outlander season 6?

Indeed there is. For a good while, we only had a teaser trailer to work with for season 6, but now we’ve been given an official first look which you can check out below.

Here’s the teaser trailer if you’d like to watch that too.

When will we get new episodes?

Outlander season 6 began shooting in February 2021 and it was confirmed by the crew that production wrapped in June 2021.

In terms of an official release date, Australia will get access to the new Outlander season on March 7, 2022at 7:00 pm On Demand on FOXTEL and on streaming service Binge.

New episodes will drop weekly on Binge and FOXTEL.

You will also be able to find newly released eps at 9:00 pm every Monday on FOX ONE.

How do I watch Outlander in Australia?

Outlander seasons 1 through 5 are now available on Netflix, now.

This article has been updated with additional details since its original publish date.

The post All the Latest on Outlander Season 6 for You Saucy Sasanachs appeared first on Lifehacker Australia.

10.8 percent of children live in households with food insecurity