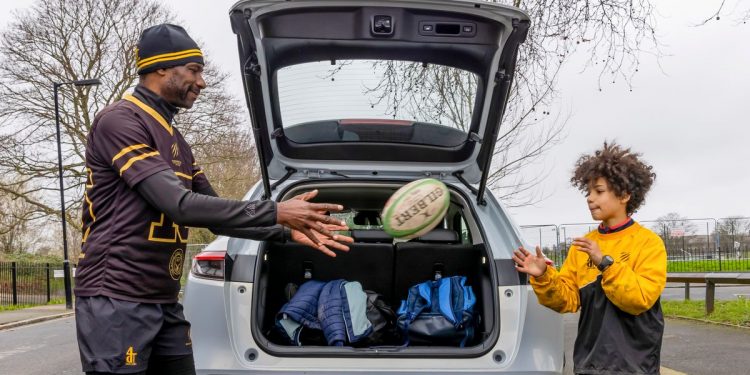 
Almost half of Brits think they owe their career success to a supportive real-life childhood hero, research has revealed.

A study of 2,000 adults found a quarter had a mentor in early life who supported a dream or extra-curricular activity they were passionate about, which set them up for later success.

For one in five, that person was a teacher, while 17% said it was their sports coach, and 13% had a friend supporting them.

But parents or parental figures were the most frequently named heroes (19%).

It also emerged three-quarters of respondents have had one of their childhood dreams come true at some point in their life.

More than two-thirds (68%) said their mentor helped them achieve a childhood dream, and 72% claimed that figure went “the extra mile” to find opportunities for them.

Becoming a professional sports player or athlete, teacher or doctor were among the top childhood dreams Brits had.

The study, commissioned by Honda, also found confidence (14%), communication skills (12%) and organisation (12%) were the top skills people picked up from their childhood hero.

And almost half still often use those skills in their adult life.

However, while 62% are still in touch with their inspirational character, four in ten feel society could do more to recognise those people who make a difference.

In response to the findings, Honda has unveiled a video of young rugby players and their local heroes at Southwark Tigers rugby club, London.

Aged four to 16, a selection of youngsters were asked about their dreams and how their local coaches support them within the club and beyond.

The coaches also spoke about the importance of dreaming – and how being part of a local rugby club can help nurture the children’s passions, whether they are about rugby or not.

The study, carried out via OnePoll, also found 42% of adults would like their own children, or children in their life, to take part in the same extra-curricular activity as they did.

Laurence Danvers, coach at Southwark Tigers, said: “Both my children and my wife are part of the club. It is our main family activity.

“As a coach and as a parent, it was important for my other half and I to not only share something with our children, but also to help them build new skills.

“Whether they end up pursuing rugby as a career or keep it as a hobby, what they learn about being part of a team – such as resilience, respect, confidence and commitment – these are all things that will help them achieve their dreams.”

Of those who have been part of a rugby club in their spare time, one in four (26%) said being part of a team was the most unforgettable part – while the same number said it was converting their first try or penalty kick.

For eight in ten, being part of grassroots rugby can help build transferrable life skills, while more than a tenth claimed it can improve mental health, fitness and a sense of community – as well as being fun in general.

Chris Callaway, chairman of the Southwark Tigers said: “Rugby is really important to us.

“It’s the perfect team game which means being part of a community, coming together and making friends for life.

“Giving the rugby community access to an environment where they can grow as players and also as individuals is vital, and Southwark Tigers provides that.”

Rebecca Adamson, head of automobile at Honda, said: “In line with our sponsorship of the Six Nations this year, we wanted to celebrate the heroes and dream makers of the rugby world and beyond.

“Grassroots clubs are where a lot of dreams are built among young communities.

“Whether children want to become professional rugby players or something else, it’s the support of their heroes that gives them the push and skills they need in preparation for adult life.

“We’re all dreamers, and sometimes we just need the right person in our life to inspire and guide us towards our goals.

“It could be a coach teaching the sport, or a parent driving them to practice. Everything counts.

“The Southwark Tigers’ coaches’ efforts really do pay off. Some of their players have been scouted by the Saracens and are currently fulfilling their rugby dreams, which is amazing.”