Alternative Hancock resignation video is ‘almost as cringeworthy as original’ 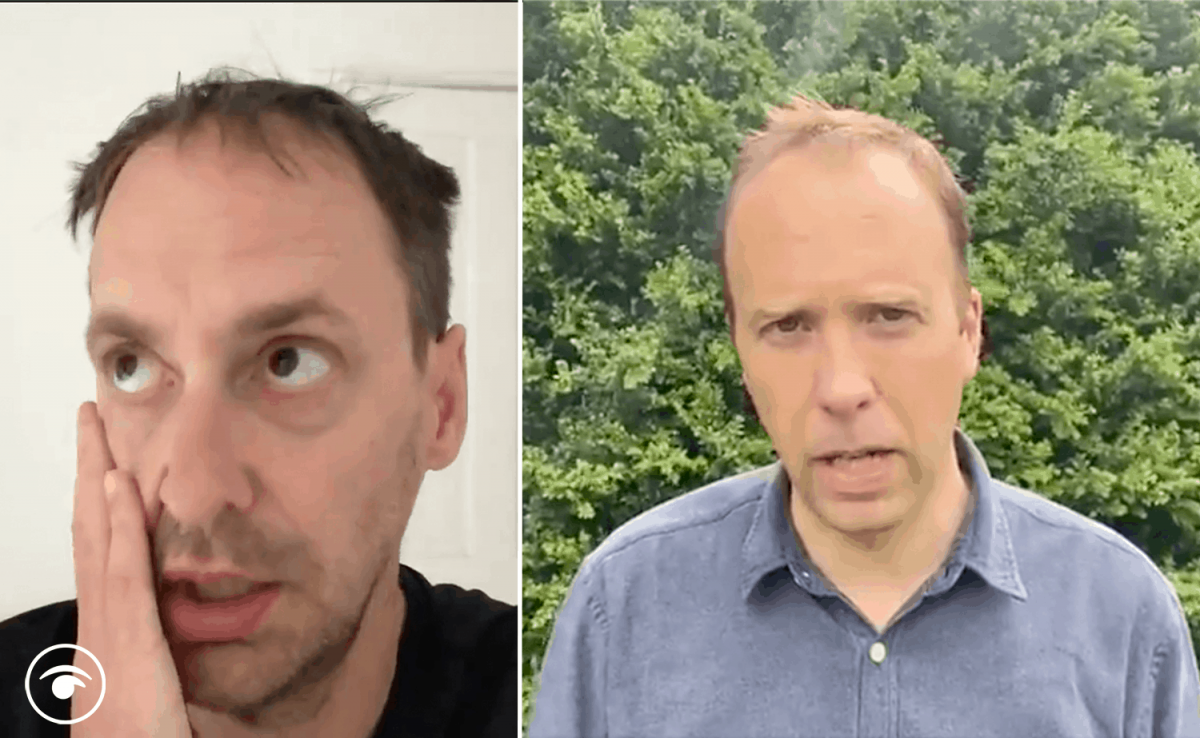 A satirical version of Matt Hancock’s resignation video has been doing the rounds on social media, with The Poke describing it as “almost as cringeworthy as the original”.

The former health secretary stood down this weekend with a resignation statement to camera, saying he understands the enormous sacrifices that everybody has made.

The clip garnered a lot of reactions on social media, with comedian Danny Wallace pointing out that “WE made the sacrifices”, “YOU didn’t”.

But it was a spoof alternative filmed by comedian Alistair Green that really got people talking.

Addressing Hancock’s unquestionable allure, he said it must be the Tony & Guy haircut and Marks & Spencer suit that attracts women to him.

He also addressed what his “buddy” Grant Shapps said when he asked the public to judge him on his time in office, rather than his private life.

“That’s not ideal, I don’t think. Don’t really judge me on that, either,” he said.

“Maybe, I don’t know, judge me on my charisma.”

Watch in full below:

Related: Javid must not insult us with 1% pay rise – leading nurses say

How to Create a QR Code in 2 Different Ways