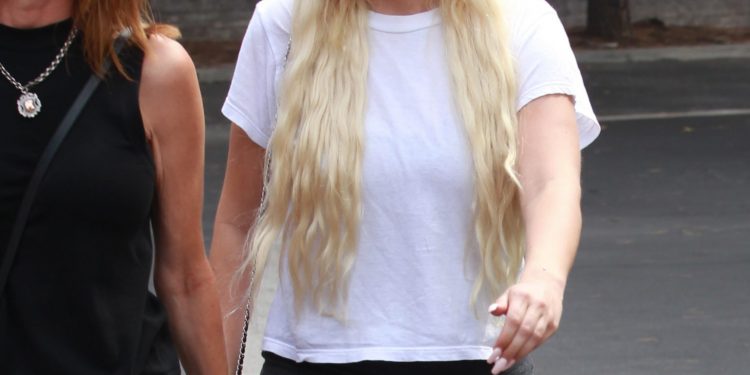 
On March 22, Amanda Bynes’ nearly 9-year conservatorship came to an end, but what is the star’s net worth in 2022?

Amanda’s career started off big in the entertainment industry but the star soon faded from the limelight. However, she made a return sometime back when she started posting on her social media.

Months after Britney Spears’ conservatorship came to an end, Amanda became the latest celebrity to get a similar ruling.

Amanda Bynes’ net worth in 2022 revealed

As per Celebrity Net WorthAmanda has an estimated net worth of $3 million. The outlet reports that the actress has been in the limelight ever since she was seven years old.

Amanda first made an appearance for a commercial for a candy called Buncha Crunch. Following this, she acted in various movies such as ‘Annie,” “The Music Man,” and “The Sound of Music,” and others.

Side by side, the actress had also been working on television series. Her appearances on the big and small screen allowed her to gain recognition and grow her following.

However, the actress faded away from the spotlight after the 2010s.

The actress opens up about conservatorship

In an interview with PeopleAmanda opened up about what she would do now that her conservatorship had come to an end.

She said: “In the last several years, I have been working hard to improve my health so that I can live and work independently, and I will continue to prioritize my well-being in this next chapter. I am excited about my upcoming endeavors — including my fragrance line — and look forward to sharing more when I can.”

What she is up to now?

At the moment, Amanda is a student at California’s Fashion Institute of Design and Merchandising. Her attorney, David Esquibias, had told the outlet at that time: “Amanda is very entrepreneurial. She is investigating fragrances. She is now considering perfume in addition to a clothing line. But, don’t get too excited. She is still a student at FIDM earning her degree.”

Meanwhile, Amanda had said: “I’m really looking forward to starting my clothing line, and I’m hoping that in the near future it will be out online.”

NASA researcher finding ways to turn down the heat in cities