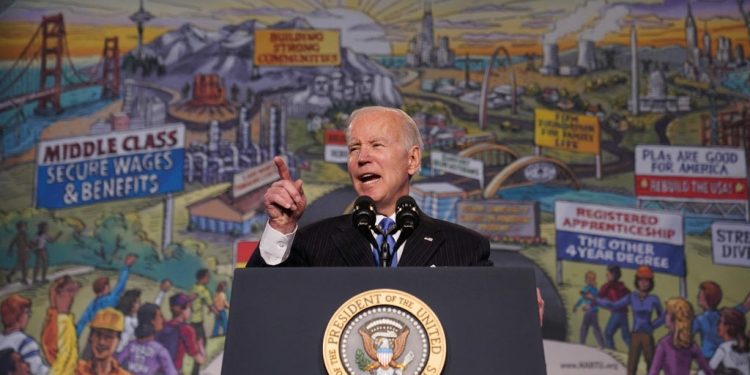 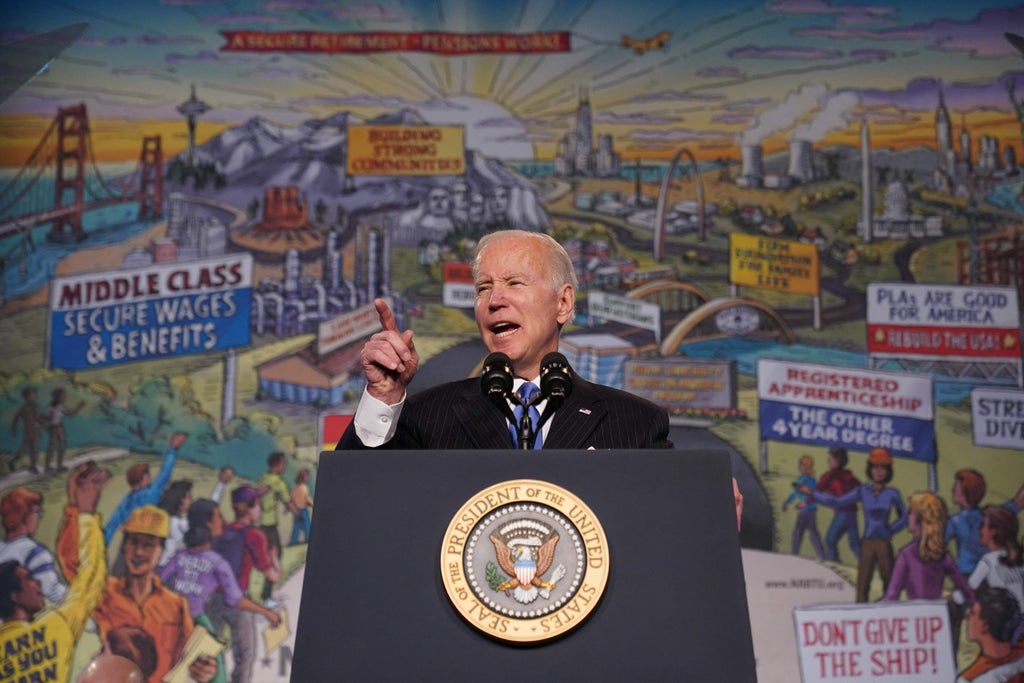 Following Amazon workers’ successful union election in New York, marking the first-ever US union within the tech and retail giant, President Joe Biden underscored worker protections “to make sure the choice to join a union belongs to workers alone.”

“By the way: Amazon, here we come,” he said in remarks to North America’s Building Trades Unions Legislative Conference on 6 April.

The room burst into cheers, as he then urged members of Congress to pass the Pro Act, a stalled measures that would expand labour protections related to employees’ rights to organise and collectively bargain in the workplace.

“That’s what unions are about, in my view: dignity and respect for people who bust their neck,” he said, pointing to apprenticeship programmes and other union protections.

“That’s why I created the White House Task Force on Worker Organization and Empowerment, to make sure the choice to join a union belongs to workers alone. And by the way: Amazon, here we come. Watch. Watch,” he added.

The president said that “workers who join a union gain power – the power over decisions that affect their lives.”

“When you’ve got a union, workers’ voices are heard and heeded,” he said. “They provide democracy in the workplace.”

President Biden had previously voiced his support for an Amazon union campaign in Alabama without naming the company, saying last year that “workers in Alabama and all across America are voting on whether to organise a union in their workplace,” what he called a “vitally important choice” and “one that should be made without intimidation or threats by employers.”

That election failed, though the federal labour board authorised a new election after a regional director determined that Amazon showed a “flagrant disregard” for the mail-in ballot election, arguing that the company “essentially highjacked the process and gave a strong impression that it controlled the process.”

Results of the new election were too close to call on 31 March, with more than 400 challenged ballots to be added to the final count before the vote is finalised.

At the same time, workers and organisers celebrated a union election victory following a months-long campaign to organise Staten Island’s JFK8 warehouse, where workers demanded better wages and health and safety protections, while the company spent millions of dollars pursuing an anti-union campaign – including hiring powerful consulting firms with ties to Democratic political operatives – and relied on so-called “captive audience” meetings to dissuade workers from joining.

The National Labor Relations Board in Brooklyn tallied hundreds of ballots on 31 March and 1 April.

Workers organising with the Amazon Labor Union forged ahead with 2,654 votes, with 2,131 votes against unionising.

“The people have spoken and the people wanted a union,” union organiser and Christian Smalls told supporters last week. “We want to thank Jeff Bezos, [because] while he was up in space, we were signing people up for the union.”

President Biden – whose former communications director Jay Carney is Amazon’s senior vice president for policy and press – has pledged to run the “most pro-union” administration, in the midst of a historic wave of labour organising across the country during the public health crisis.

The White House-backed Protecting the Right to Organize Act, or Pro Act, would weaken so-called “right to work” laws and bolster the right to organise against retaliation and other anti-union efforts. It also would allow the nation’s labour board to fine companies for violating labour laws.

It has widespread support from labour unions and advocates, among other groups, and has passed the House of Representatives twice while facing unlikely passage in the evenly divided US Senate.