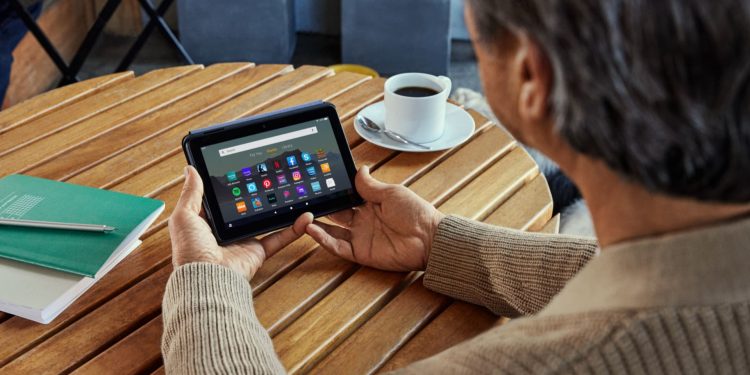 Amazon announced the latest version of its Fire 7 tablet on Wednesday. At $59.99, the tablet is slightly more expensive than its predecessor, but the company is promising longer battery life.

Amazon’s Fire tablets have served as a cheaper alternative to Apple‘s iPad, but it isn’t a huge business segment for Amazon the way hardware is for Apple. Instead, Amazon’s hardware products serve as a gateway into Amazon’s ecosystem of services, such as the Alexa voice assistant and music, books and apps.

The last version of the Fire 7 didn’t have great battery life, and the screen and camera weren’t very sharp. Amazon said the new model has a 40% longer battery life, for up to 10 hours of browsing but that it didn’t make any changes to the display or camera.

The updated Fire 7 also has a 30% faster processor that should help the tablet feel more responsive, Amazon said. It also will continue to have 16GB of storage on the base version, which is probably fine for most people who just need a budget tablet for browsing and downloading some movies, though you can expand the storage by adding your own memory card. It also swaps a dated charging port for a newer and more common USB-C port.

The new Fire 7 is available for preorder starting Wednesday and will begin shipping June 29. It comes in black, denim and rose colors, with coordinating covers that cost $28.99 each.

Amazon also introduced a new version of Fire 7 Kids, which ships with a “kid-proof” case (in red, blue or purple) that comes with a year of Amazon Kids+. The device has a starting price of $109.99 and is also available starting June 29.