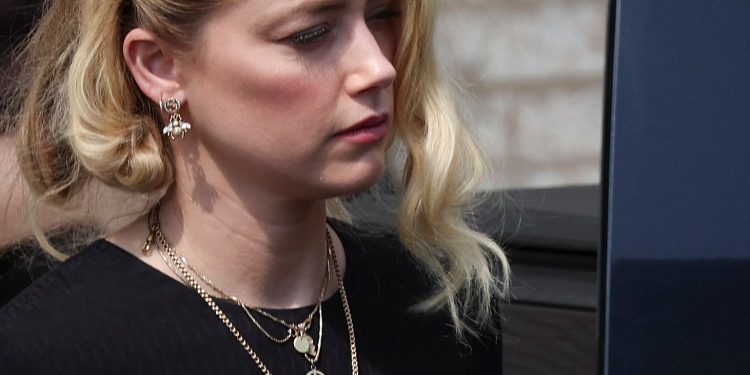 On Friday, the actress filed a 43-page filing in court that detailed a number of reasons why her lawyers believe it is necessary to toss out the ruling against their client from last month.

You know the one, right? The one that found Heard guilty of defaming ex-husband Johnny Depp?

These attorneys claim the jury’s findings were “unsupported” by the evidence … and also allege that one jurors may not have been properly vetted.

In an unexpected move, these documents ask a judge to investigate an individual known as Juror 15, stating there was a discrepancy with the juror’s birth year, prompting them to think this person’s identity was not appropriately verified before serving in the high-profile trial.

“On the juror panel list sent to counsel before voir dire, the Court noted that the individual who would later be designed Juror 15 had a birth year of 1945,” the memorandum read.

Via an extensive search, Heard’s legal team claims this juror was likely born in 1970, meaning it is possible Juror 15 may not have actually received the summons for jury duty.

In June, a jury determined that Heard had harmed Depp’s reputation by writing an op-ed in 2018 that cited a history of domestic abuse.

She never named Depp as her abuser.

But Depp’s attorneys were able to successfully argue in court that Heard implied in the piece that Depp was her perpetrator.

As a result, they awarded Depp over $10 million in damages.

In their filing, Heard’s lawyers also argues that the jurors $10.35 million award against the actress is “inconsistent and irreconcilable” with the jury’s conclusion both her and Depp had defamed one another.

“Mr. Depp presented no evidence that Ms. Heard did not believe she was abused,” Heard’s attorneys wrote.

“Therefore, Mr. Depp did not meet the legal requirements for actual malice, and the verdict should be set aside.”

The six-week televised trial turned into a global spectacle that offered viewers and celebrity gossip followers a window into Heard and Depp’s VERY dysfunctional marriage.

A great deal of the testimony focused on Heard’s claims that she had been physically and sexually abused by Depp.

Heard described more than a dozen alleged assaults, including a fight in Australia — where Depp was shooting a “Pirates of the Caribbean” sequel — in which Depp lost the tip of his middle finger … and Heard said she was sexually assaulted with a liquor bottle.

Depp said he never hit Heard and that she was the abuser, an assertion the jury appeared to believe in the end.

“I love him. I loved him with all my heart,” Heard told Today Show co-host Savannah Guthrie a few days after the verdict was reached, adding:

“I have no bad feelings or ill will toward him at all.”

Heard also blamed her portrayal on social media for the verdict, admitting she isn’t the “perfect victim” and that her reputation was used against her in court.

“Which is what I guess a defamation lawsuit is meant to do – to take your voice.”