Americans have yet to see a justification for Ukraine joining NATO: Tulsi Gabbard – Fox News 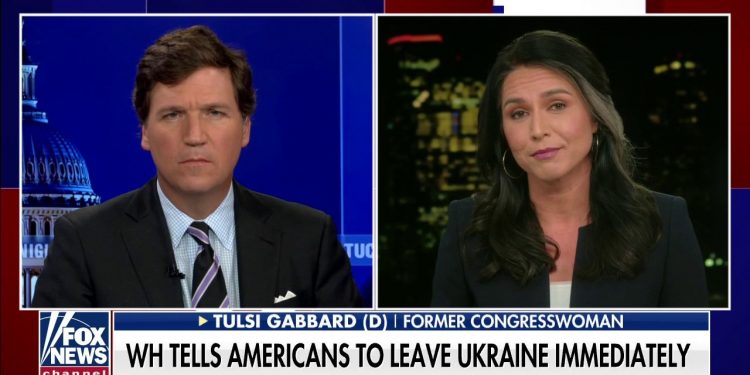 Fox News’s Tucker Carlson asked former Hawaii Rep. Tulsi Gabbard why no one has been able to explain why Americans should want Ukraine to join NATO on ‘Tucker Carlson Tonight.’

TULSI GABBARD: I’ve looked at this carefully, Tucker, and I have yet to find any benefit that a political leader has used or could use to justify this to the American people. All you hear is like, ‘well we have to defend democracy. We have to defend this democratic country of Ukraine.’ But as you know, very well, this current [Ukranian] president, you know, shuts down, arrests political opposition, throws them in jail, shuts down TV stations that are critical to him. I have a hard time seeing how President Biden or anyone can say with an honest face, ‘we are defending democracy.’ And the reason is because our own government has publicly supported these authoritarian actions by the Ukrainian president in shutting down their own political opposition, and it begs the question. This sounds familiar to some of the things that unfortunately, we’re seeing play out right here at home.