Amid mob theft, Bay Area property crime was up and down 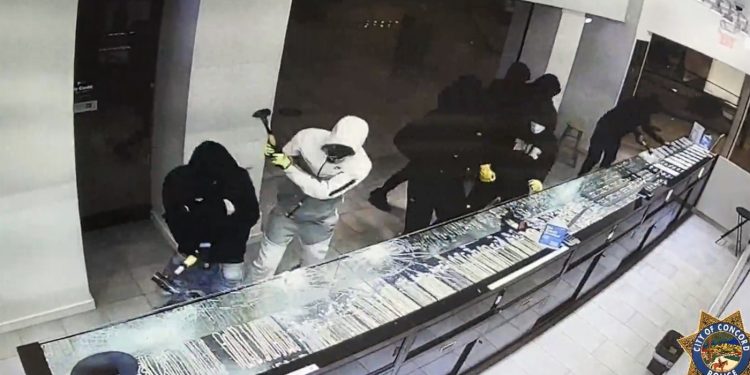 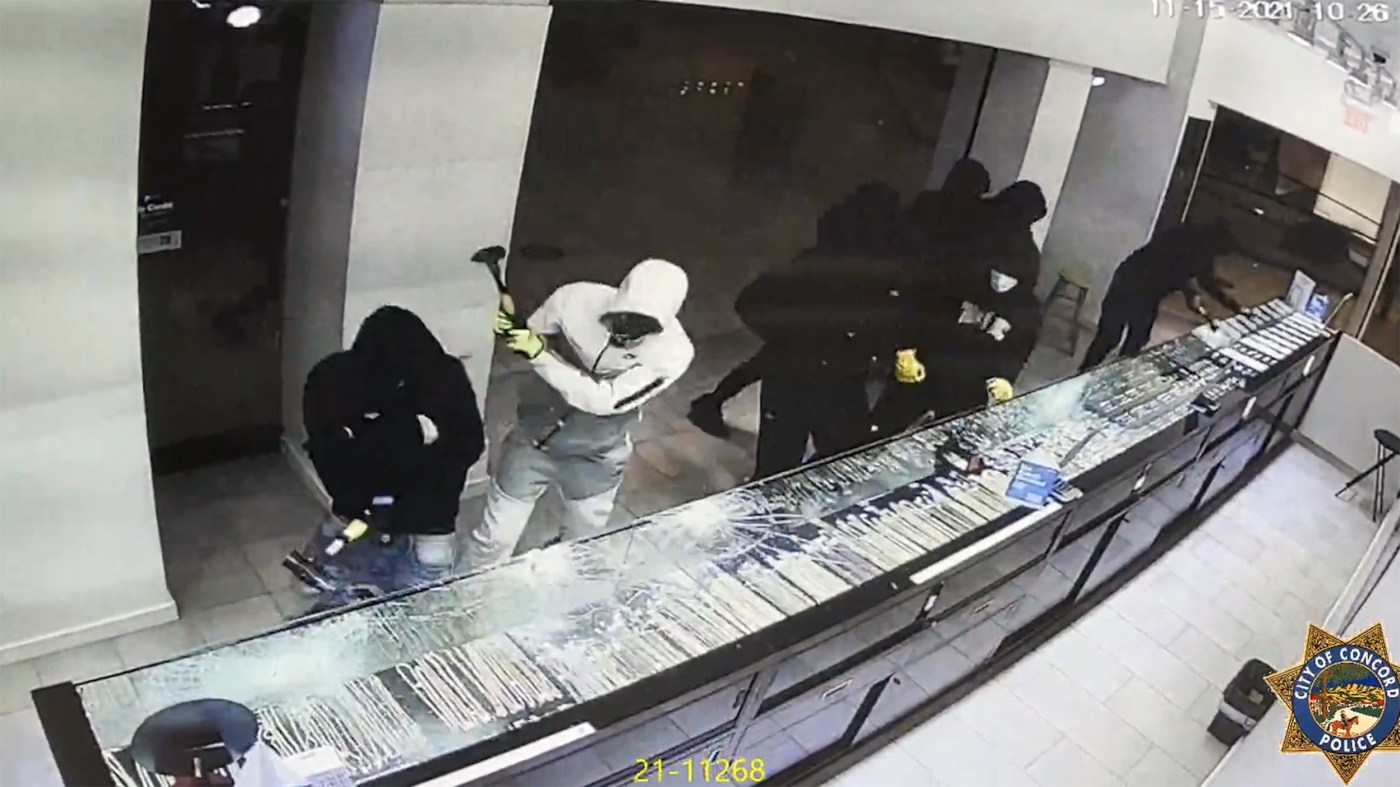 To read the headlines, 2021 was a year when property crimes exploded across the Bay Area and the rest of the nation, with brazen, mob-driven retail thefts symbolizing a seemingly rampant lawlessness that unsettled tough-on-crime conservatives and defund-the-police liberals alike.

The reality was somewhat different.

Many cities — San Jose and Berkeley, for two — enjoyed a second consecutive year of decreases in property crime. And even those that endured year-over-year increases still have not risen back to pre-pandemic peaks.

Even Walnut Creek — where a mid-November mass attack on a downtown Nordstrom reverberated nationwide — has seen property crime decline nine percent from two years ago.

The data underscore a couple of things: Just how dramatic an impact the coronavirus pandemic has had in lowering property crime rates — a phenomenon experts still struggle to explain — and the power of high-profile crimes to shape public perception.

Gov. Gavin Newsom acknowledged as much at a Dec. 17 news conference in which he pledged $255 million in law-enforcement grants over the next three years, saying, “Stats mean nothing when it comes to feelings,” and extending sympathy to people whose sense of personal and public safety has diminished.

Jonathan Simon, a UC Berkeley law professor specializing in criminal justice, said a “moral panic” has emerged in the wake of these high-profile thefts, characterized by semi-organized groups that used brute-force tactics to ransack targeted stores.

People don’t see the crime as “so bad because a lot of money is being taken and businesses are losing money,” he said. Instead, people see it “as it is a reflection that society is falling apart and there’s no hope. And because you’re seeing these crimes happen during the holiday season, it carries added moral force for people.”

The most notorious thefts occurred in the days leading up to Thanksgiving, starting with the so-called mob thefts hitting high-end stores in San Francisco’s famed Union Square. Most strikingly, a group of nearly 90 people traveling in a 25-vehicle caravan overwhelmed the Nordstrom in Walnut Creek’s Broadway Plaza, assaulting multiple employees and stealing $100,000 worth of merchandise in mere minutes.

Chris Herrmann, an assistant professor at the John Jay College of Criminal Justice in New York and former police crime analyst, said the group theft incidents — which he has dubbed “mobberies” — should be viewed as outliers until more data shows otherwise.

“It’s a big problem for a very small amount of people or locations,” Herrmann said. “Still, it’s a very traumatic event, and people are very scared.”

While those big cases are in the rear-view mirror, group retail thefts and robberies have continued throughout the region. In a recent instance Dec. 18, a group numbering a half-dozen was thwarted from trying to ransack a Macy’s at San Jose’s Oakridge Mall, part of a string of reports that have garnered public attention in the weeks since the late-November spike.

Small businesses, like The Fix Kicks in Santa Clara and Prime 356 in downtown Oakland, have either shuttered or gone on an indefinite hiatus because of damage and loss after being targeted for group theft.

The causes for both the mass retail thefts and property crime fluctuations are not easy to pinpoint, according to criminologists. But the public attention has revived an ongoing debate over the effect of criminal justice reform initiatives like the 2014 referendum Proposition 47, which reclassified some nonviolent felonies to misdemeanors, including raising the dollar threshold for grand theft.

As soon as the mass retail thefts began to surface, Proposition 47 was once again in political crosshairs. But the most authoritative studies of its impact have not been able to draw a direct causal link between the law and increases in property crime. The majority of claims asserting so have been based on anecdotal and empirical observations.

“Ultimately, it’s because progressive DA’s are not filing criminal charges on criminals,” Richmond police Lt. Aaron Pomeroy said. “We arrest criminals. If you commit a crime, we arrest you. If you get arrested, get let out and see no major justice, we arrest you again.”

To that sentiment, Simon said, “If you looked at the issue through the lens of pre- and post-Prop. 47, it would be hard for criminologists really to see significant trends. There should be something capturing that post 47 moment, right? But overall, almost every category of crime has gone down, including larceny.”

Khanna said he has met with police chiefs in San Jose, Sunnyvale and Fremont amid the high-profile retail thefts, and sought to convey the need to reduce racial inequities reflected in mass incarceration while also curbing serial crimes.

“You can’t steal car after car, you can’t break into businesses with a weapon and not expect to be prosecuted,” Khanna said. “There’s a balance between having a young person who commits petty theft and is remorseful and making sure that person’s life isn’t destroyed, as opposed to someone engaged in carjackings or organized break-ins and terrorizing the people there.”

“As for Prop. 47, there’s a lot of different opinions out there. I’m not sure we have enough data yet to make any definitive conclusions on it,” Knox said. “Crime ebbs and flows on a number of factors.”

Young and low paid should be enrolled in pensions, says Tory MP