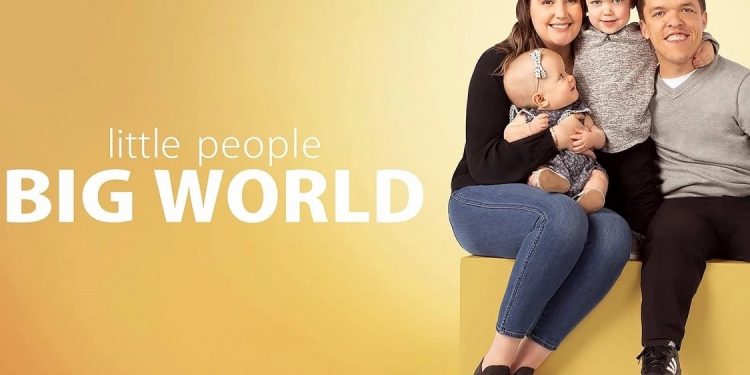 During an Instagram Live session a short time after Little People, Big World wrapped up its most contentious season to date… the mother of four did NOT say the series had been renewed for yet another run of episodes.

“Because we are filming, I’m assuming that there will be another season,” Amy told curious followers, who last tuned in to see this star tell off her ex-husband.

Throughout Season 23, Amy clashed with Matt Roloff over the latter’s decision to sell a portion of his farm in Oregon.

Matt chose to make this sale open to the public, as opposed to working out a deal with one of his kids to take over the property.

And Amy saw this as an act of betrayal.

“It will be sad to see a for sale sign, because it’s not going to any of my kids. It’s going to a stranger,” Amy said in a confessional on the season finale.

“The dynamics of the family will definitely change.”

In a shocking rebuke after his dad announced the aforementioned sale, Zach Roloff trashed Matt as cowardly and manipulative.

The development has injected Little People, Big World with more tension than usual.

There certainly seems to be a lot of material here for future seasons, you know?

“Like how it was in the past, whatever we are filming, if the season does come out, it may not come out until like March or April of next year.”

The long-time cast member emphasized that no word has come down yet from executives — and that she won’t know for certain about Season 24 until it does.

Back to her feud with Matt, meanwhile.

“I think you went crazy or something,” Amy told her ex-spouse during the finale episode, adding that he created a “hornet’s nest” with the complicated farm sale.

Matt then tried to defend his actions.

“The good news is, there are 93 acres for this family,” the father of four replied, referring to all the land not up for sale.

“No, there are 93 acres for Matt Roloff, it’s not part of the family anymore,” Amy fired back.

Previously, Amy expressed disappointment in Matt’s handling of this situation.

Yes, he deserves to make a profit off the sale. But couldn’t he have worked something out with Zach or Jeremy?

“I don’t know a lot of the details of the negotiation that went on between Zach and Matt,” Amy explained in a June conversation with Us Weekly.

“Matt is still the father, still ‘the adult.’

“I don’t care how old your kids are, sometimes there are things they may need to learn.

“But you know as an adult, as a father, you may have to take the higher road.”

Based on what we read here, Little People, Big World Season 24 will air some time this spring.