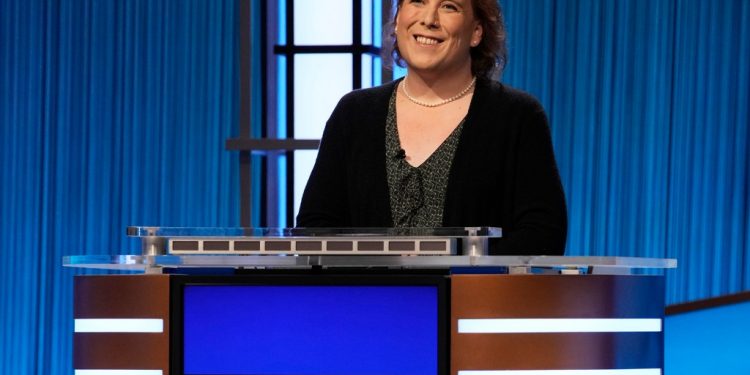 
What is rarified company?

Schneider’s total haul passed the seven-figure mark with her 28th consecutive win, a record run for female players on the iconic quiz show.

“It’s not a sum of money I ever anticipated would be associated with my name,” she said in a statement.

“Just seeing myself on TV still is almost a shock, even though I was there when it all happened. I thought I could win some games but I didn’t think I would do this well,” she added in a Friday interview with the Associated Press.

Schneider, who is the first transgender person to qualify for “Jeopardy!’”s tournament of champions, said her newfound fame has empowered members of her community.

“There’s a lot of fear for their loved ones who are trans, and worry that they might be limited in life,” she said of concerned relatives of transgender people. “To be able to go out there and show that I can be successful in a very mainstream type of way has, I think, made a lot of them feel better about the people in their lives.”

Schneider said her classmates voted her most likely to be a “Jeopardy!” contestant in 8th grade.