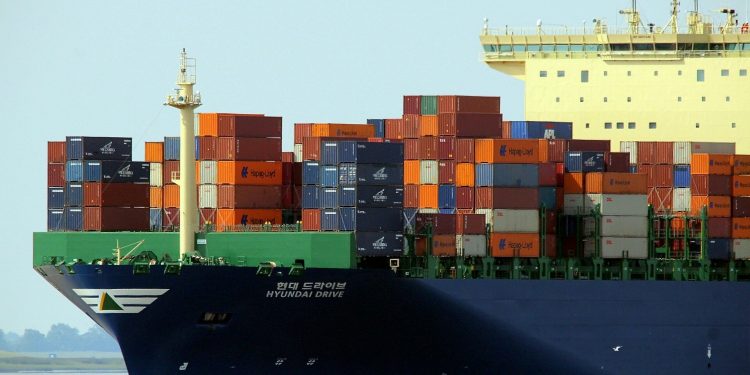 
A quartet of researchers from ETH Zürich has conducted an analysis of the factors and costs associated with switching bulk cargo ships from fossil fuels to other, cleaner energy sources. In their paper published in the journal Nature Energy, Boris Stolz, Maximilian Held, Gil Georges and Konstantinos Boulouchos describe their analysis.

Prior research has shown that the global shipping industry accounts for roughly 3 percent of all global greenhouse gas emissions. In this new effort, the researchers suggest that if the world is going to reduce emissions in general, shipping fuels will have to be switched. The researchers sought to explore options to replace fossil fuel.

The team began their work by focusing only on shipping in Europe, and further refined it by including only bulk shipping, which includes items such as oil, grains or coal. The researchers then looked at real-world numbers of such ships for the year 2018 as a benchmark for testing candidates against. They then compiled a list of greener fuel options: methane, ammonia, hydrogen and synthetic diesel, all of which would be produced using electricity from a renewable resource. They also factored in CO2 capture and processing for those that would need it. Though they doubted its feasibility, they also considered lithium-ion batteries.

They found that most of the options would involve reducing cargo loads due to an increase in fuel storage needs—most biofuels are not as efficient as fossil fuels; thus, more would be needed. They also omitted options that called for retrofitting ships for new engines.

The researchers found that most of the fuels they studied could be used to power bulk cargo ships (the exception was batteries), though they varied in efficiency. They also found that cargo capacity would have to be reduced by just 3 percent on average to accommodate more fuel. They also found that hydrogen would be a poor choice due to storage demands; it would mean reducing cargo loads by 6 percent. In all, they found ammonia to be the best choice, though the technology to use it in such a way has not yet been developed. Unfortunately, the researchers also found that switching to greener fuels would increase shipping costs by six times current costs, but expect that its cost would drop as such fuels became the norm.

Ammonia may play a key role in climate-neutral shipping