An insider’s guide to Britain’s best hidden Roman sites, from London to York


For nearly 400 years, the Romans ruled Britain — or Britannia, as they called it. When they fled in 410 AD, they left behind a country rich in treasures.

Many of them survive today — from temples in ancient Londinium to hot baths in Shropshire to freezing cold garrison towers in Northumberland. Here’s an insider’s guide to Britain’s best hidden Roman sites.

OUR ANSWER TO POMPEII 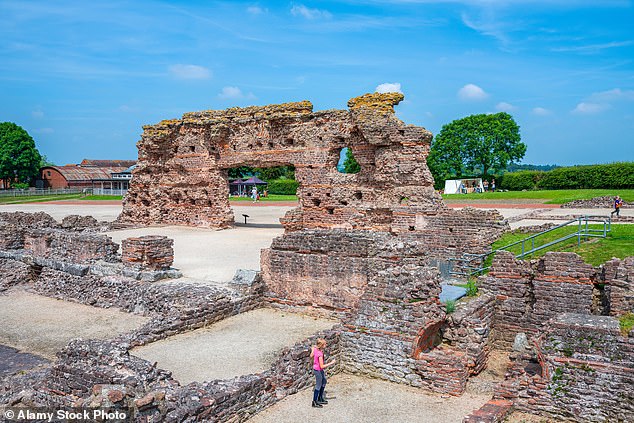 Impressive: When the Romans fled Britain in 410 AD, they left behind a country rich in treasures. Above is the ‘staggering’ Roman fortress of Viroconium in Shropshire

At the Roman fortress of Viroconium in Wroxeter, Shropshire, the biggest surviving structure is the towering wall of the baths, built in the second century AD.

Wroxeter is Shropshire’s answer to Pompeii. The Roman city is the same size as the famous ruin — 180 acres — although most of it lies excitingly unexcavated. Viroconium was the fourth largest city in Roman Britain, with a peak of around 15,000 inhabitants.

Today, it remains a staggering sight, with those huge, second-century baths dominating views in all directions. Here, at the edge of the Roman Empire, they constructed apodyteria (changing rooms), tepidaria (warm rooms), calidaria (hot rooms) and a frigidarium (a cold bath) on a scale that puts modern spas to shame.

There was once a huge forum and basilica, too — a reminder that Britain wasn’t some remote, colonial backwater but a tactically crucial outpost.

What’s nearby: Shrewsbury Castle; Ironbridge (starring the first major bridge to be built out of cast iron); the Wrekin for walks. 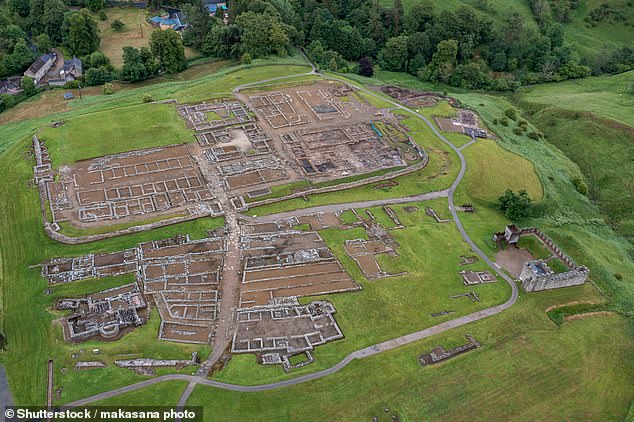 We know what Roman soldiers in Britain ate, thanks to letters from legionaries stationed at Vindolanda, near Hadrian’s Wall, in Northumberland.

A visit to Vindolanda includes the sprawling hilltop fort and the Roman Army Museum next door, where those letters are on show.

The legionaries demanded all sorts of luxury items: wine, fish, semolina, lentils, garlic, olives and olive oil. They turned their noses up at the local Pictish fare: pork fat, cereal, spices, roe deer and venison. There are many mentions of cervesa and callum — that is, beer and pork scratchings — and all centuries before the great British pub had been invented. In the frozen wastes of the North, legionaries even asked their relations back home in Gaul for good, thick, woollen pants.

A surviving letter from Gaul to a freezing legionary at Vindolanda lists the contents of the care package he’s getting: ‘Paria udonum ab Sattua solearum duo et subligariorum duo’ (socks, two pairs of sandals and two pairs of underpants).

The tablets were found in the ruins of the praetorium, the residence of the officers commanding the Vindolanda units from 90 to 120AD, just before Hadrian’s Wall was built between 122 and 130AD. The wall was eventually to stretch 74 miles from Solway Firth in the West to Wallsend on the River Tyne in the East.

The most thrilling section of York’s wall, which was built on Roman foundations for much of its length, is The Multangular Tower (pictured)

York was home to some of the most savage gladiatorial contests the Roman Empire ever witnessed. In 2010, archaeologists excavated the world’s best-preserved Roman gladiator cemetery in Driffield Terrace, a street in York.

Among the 80 skeletons was one poor gladiator with a large bite mark, courtesy of a bear, tiger or lion in York’s arena.

To get a feel for ancient York, walk the city’s medieval wall, built on Roman foundations for much of its length. The most thrilling section is The Multangular Tower in Museum Gardens.

Details: The Roman walls of York are free to visit. Go to yorkwalls.org.uk for a free map. 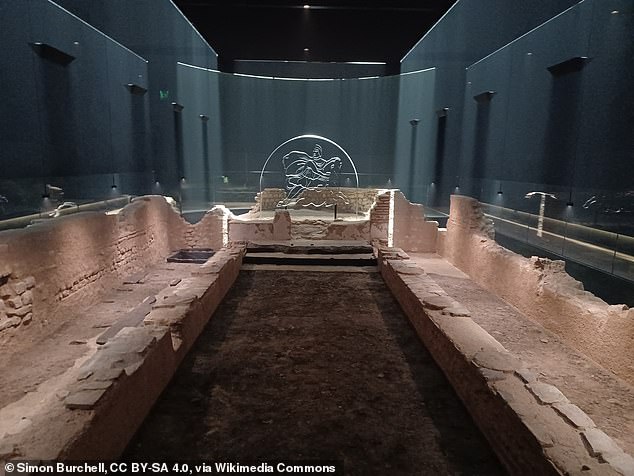 Fascinating artefacts such as a child’s leather shoes were discovered in the excavation of the Mithraeum, a Roman temple that was discovered in London. Image courtesy of Creative Commons

This exceptional Mithraeum — a Roman temple sacred to the Persian god Mithras — was discovered in the City of London in 1954.

The Mithraeum, built of Kentish ragstone and brick in about 240 AD, was right at the heart of Roman London. It was close to the forum (marketplace) — the heart of government. The Mithraeum excavation produced a unique collection of Roman finds: from the bones of sacrificed chickens to a child’s leather shoes.

On show at the Mithraeum are wooden tablets with some of the earliest Roman inscriptions. The 405 tablets include one with this address inscribed on it: Londinio Mogontio. This is the earliest surviving reference to London, dating back to 65 to 80 AD.

What’s nearby: London Wall, which once enclosed the biggest town in Roman Britain.

Details: The Mithraeum is free to visit, but you must book online, londonmithraeum.com 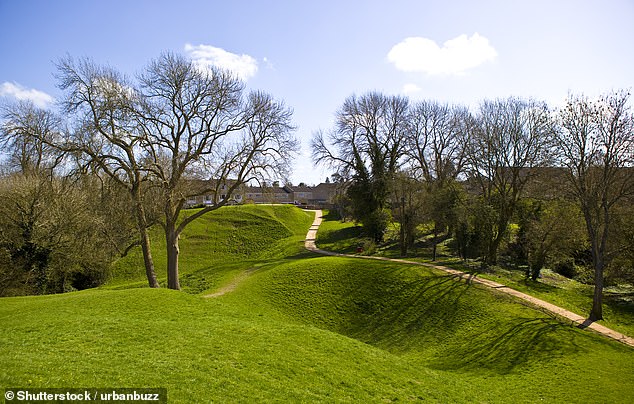 Above is what remains of the Roman Amphiteatre in Cirencester – a ‘dramatic, stirring’ site

Cirencester — or Corinium, to give it its Latin name — had the second biggest Roman Amphitheatre in Britain after London’s.

Built in the early second century AD, it could hold 8,000 spectators — and that was in a town of only 10,000 people. Once the Romans left Britain, the amphitheatre was fortified against Saxon invaders. It remains one of the most dramatic, stirring sites.

Details: The amphitheatre is free to visit, english-heritage.org.uk. 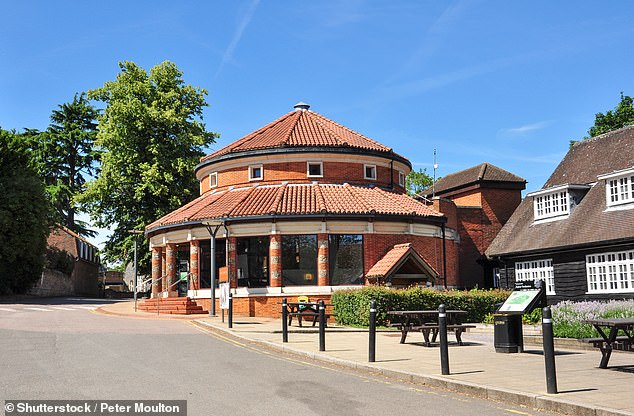 In St Albans, visit the Verulamium Museum (above), where you’ll discover the Sandridge Hoard — a recent find of 159 Roman coins

Verulamium — now St Albans — was one of Britain’s most important cities. Its walls (much of which survive) stretched for two miles around the settlement.

Do visit the Verulamium Museum, with its mosaics and the Sandridge Hoard — a recent find of 159 Roman coins. Included in the ticket is a visit to the theatre and the hypocaust — the underfloor heating in a grand townhouse.

RHEL and its Linux relatives and rivals: How to choose