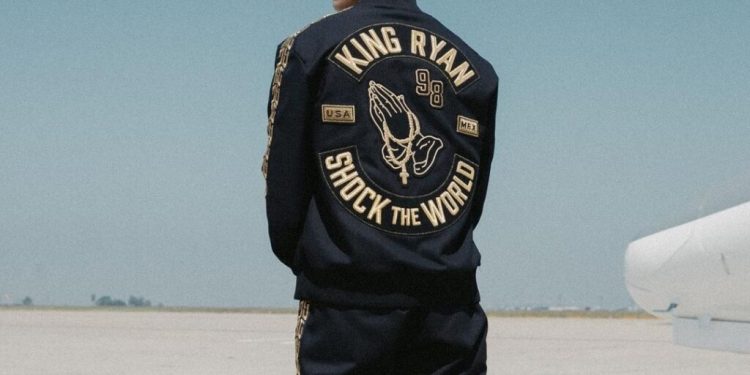 
While Ryan Garcia didn’t reward his fans with a highlight-reel knockout, it was a blessing in disguise.

The rising 135-pound star got in some much-needed rounds as he easily defeated Emmanuel “The Gameboy” Tagoe, dropping the Ghanaian with a right hand in the second en route to a 12-round unanimous decision last Saturday at Alamodome in San Antonio, Texas.

Although the bout was reduced to the likes of a one-sided sparring match after the knockdown, Garcia still exemplified improvements in his game. He changed levels effectively early in the fight, feinting upstairs before teeing up wicked shots to the body. Furthermore, although he hurt Tagoe at various points, including a right hand in round 10 that badly buckled his opponent, Garcia (22-0, 18 KOs) didn’t empty the tank trying to get the knockout.

Of course, a KO would have been ideal from an aesthetic standpoint. But from a career perspective, that is where it gets tricky. For instance, let’s say Garcia wiped out Tagoe in the second round. Bear in mind that we’re talking about a 15-month layoff dating back to his January 2021 seventh-round knockout victory over Luke Campbell. What would Garcia have gained from that result? Honestly, not much.

In this era of boxing, and this is a point that continues to be nailed in the head to the point of redundancy, our young fighters are not active enough. So if Garcia wipes out Tagoe in a couple of rounds and doesn’t return to the ring until August, that’s a monumental gap that could have been utilized to develop Garcia.

I know what some of you could be saying in your head next, ‘But [Golden Boy Promotions president] Eric Gomez said he wants to see Garcia in the ring three or four times this year!’ I’m well aware of what Gomez said, but the question you need to ask yourselves independently is this: “Is this viable?”

I have yet to speak to a fighter who has openly stated, ‘You know what, dude, I’ll see ya in 13 months. One fight a year is just fine by me. I’ll see ya next year.’ Garcia hasn’t fought three times in a year since 2018 when he was still a prospect. Therefore, three fights is even a stretch. Moreover, Golden Boy couldn’t even get Vergil Ortiz Jr. a third fight a year ago. Of course, that eventually led to a recent conflict.

With that said, take everything you hear with a grain of salt and analyze it yourself, including everything I’m telling you. You don’t have to agree with me, but it’s crucial to separate talking points from reality. Garcia didn’t put Tagoe away and went the full 12-round distance for the first time in his career. But some people perceive the result as a sign that Garcia isn’t ready or has lost a step. Let’s pump the brakes.

I learned more about Garcia after he went the distance than I would have if he scored a quick knockout from my vantage point. Tagoe came into the fight riding a 32-bout winning streak after losing his pro debut in 2004. On an interesting side note, he entered that fight with no experience, not even at the amateur level. He was approached with an offer to fight Lante Addy, who was also making his pro debut. And although Tagoe was stopped inside the fifth round, he displayed natural survival skills. It was impressive in retrospect because Addy went on to fight eventual world champions Kiko Martinez and Guillermo Rigondeaux. Tagoe did his best street fighter imitation and nearly made it out clean.

Fast forward 16 years later, and Tagoe was more than just a guy who knew how to move around; he used boxing skills to halt Garcia’s momentum. The 33-year-old clinched and created extra space that allowed him to respond with sneaky counter shots on the inside, some of which caught Garcia by surprise. Given Tagoe’s history, no one should have been surprised at how he was able to evade Garcia.

Albeit his adversary spent most of the fight in survival mode, Garcia didn’t overexert himself trying to get him out of there, which is a mistake a lot of fighters make, especially during their development. And having a Hall of Fame trainer in Joe Goossen, who notably coached future Hall of Famer Joel Casamayor and the late great Diego Corrales, will only further sharpen Garcia’s skills, as long as the partnership remains intact.

Last year, Garcia went through some mental struggles that prevented him from fighting Javier Fortuna and underwent wrist surgery in the fall before a scheduled bout with JoJo Diaz. That culminated in his split with Eddy Reynoso, who trained him for his five prior bouts.

No one can blame Garcia for being unwilling to immediately jump into a fight with Gervonta ‘Tank’ Davis or Devin Haney, but his next bout, at the very least, should be against a title contender. Zaur Abdullaev or a rescheduled fight with Diaz would be acceptable.

If Garcia can stop Abdullaev quicker than Haney [a fourth-round TKO], he would hold some bragging rights. But if Haney defeats Kambosos for the undisputed 135-pound world championship on June 5 in Australia, that would likely be child’s play to Haney.

Britney Spears: I’m Having the Best Sex of My Life!