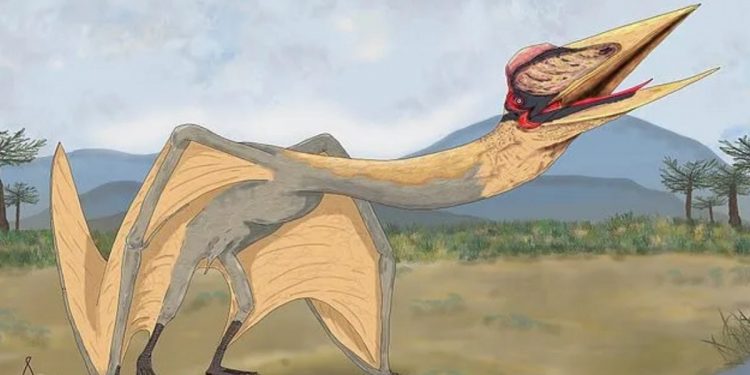 The discovery of new fossils suggest gigantic dragons were flying around Earth alongside dinosaurs 86 million years ago.

Scientists in Argentina discovered a new species of flying reptiles as long as a school bus known as “The Dragon of Death.”

A study published online in April detailed the findings in the scientific journal Cretaceous Research.

A reconstruction of the pterosaur – and accompanying images on social media – displayed in Mendoza, Argentina, recently drew attention to the study. The pterosaur, also known as Thanatosdrakon amaru, is believed to have predated birds as the first creatures with wings to hunt their prey. “The Dragon of Death” is a combination of Greek words for death (Thanatos) and dragon (drakon).

“The remains of Thanatosdrakon present different particularities that allow us to differentiate them from other known pterosaurs,” project leader Leonardo Ortiz told USA TODAY. “Fundamentally, these characteristics are found in the vertebrae and limbs. This allowed us to establish a new species of pterosaur.”

A team of paleontologists found the fossils in the Andes mountains of Argentina’s western Mendoza province, noting that the rocks preserved the reptile’s remains dating back 86 million years to the Cretaceous period, according to the study. That’s 20 million years before an asteroid impact wiped out three quarters of life on Earth.

The team also classified the pterosaur fossil as the biggest discovered in South America and one of the largest in the world.

Though scientists have put pterosaurs in the same category as birds because of their ability to fly, they’re difficult to classify because they were cold-blooded predators. They had no rivals in the sky, so pterosaurs are believed to have ruled over all of the continents and evolved into various shapes and sizes.