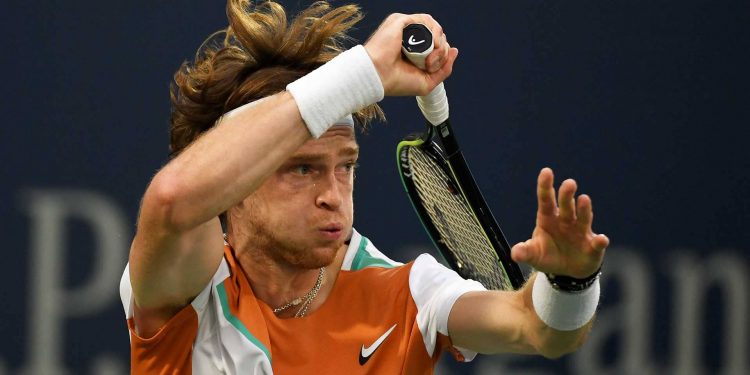 The Russian has been in strong form in recent weeks, advancing to the semi-finals in Rotterdam, before he lifted his first tour-level title since March 2021 in Marseille.

In a hard-fought match against the resilient McDonald, Rublev, who reached the last four in Dubai last season, found his range as the clash went on. The second seed crucially saved three breaks points in the second set, before he stormed to the finish line to advance into the last four at the hard-court tournament again.

“I just tried to keep fighting to see what would happen,” Rublev said in his on-court interview. “At 2-2 I managed to break him and then I started to play better and I changed the match. It is a great result and I am looking forward to seeing what happens tomorrow. I am super happy, the most important thing is to keep improving.”

The World No. 7 has now levelled his ATP Head2Head series against McDonald at 1-1, gaining revenge for his defeat against the 26-year-old at the Australian Open in 2019. Rublev’s reward is a meeting with either fourth-seeded Italian Jannik Sinner or Pole Hubert Hurkacz.

In front of a capacity crowd on centre court, McDonald started with his foot on the pedal, playing aggressively to force Rublev into errors. However, the 24-year-old showed his fighting spirit, finding greater depth and consistency as he broke in the fifth game in the second set to turn the tables, eventually triumphing after one hour and 45 minutes.