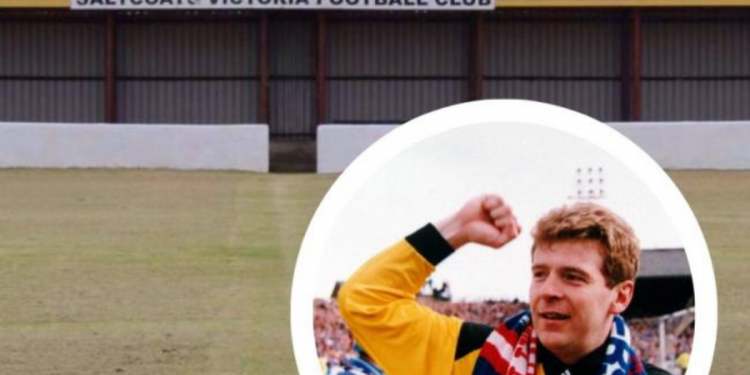 A SALTCOATS Rangers supporters club is to hold a huge day of charity fund-raising later this year in memory of the club’s legendary goalkeeper, Andy Goram.

The event, with a football match as its centrepiece, will also see some familiar faces come down to the seaside.

Organised by the Saltcoats Loyal Rangers Supporters Club, the event will be held at Saltcoats Victoria’s Campbell Park on Sunday, September 25.

Money raised will be donated to the St Andrew’s Hospice in recognition of the treatment they gave to the former Rangers and Scotland goalkeeper, who died aged 58 earlier this month after a short battle with oesophageal cancer.

The main event will see a team put together by the supporters club face-off against a ‘Bars4Bears’ team at 2pm.

And the local side certainly look like they will face some stiff competition, with former Rangers stars Colin Hendry, Maurice Ross, Andy Little and Gordon Durie already confirmed to be turning out for the opposition.

Tickets are already on sale, and can be purchased from the Windy Ha, Bar One and Albion bars in Saltcoats, at a cost of £6.

Plans are also in motion for a “major half-time draw” in an additional effort to raise as much money as possible.

There will also be a fund-raising event in the evening, with further details to be confirmed in due course.

Goram’s funeral was held in Glasgow last Monday; his coffin was led into the Wellington church by ex-wife Mariam Wylie, who owns the Bar One in Saltcoats.

Born in Bury, Goram began his career at Oldham Athletic before moving north to play for Edinburgh side Hibernian, then signing for Rangers.

He won 43 caps for Scotland and is the only player to have represented the country in full international matches in both football and cricket.

The Best Site to Buy Video Games Currency You Can’t Miss in 2022 – Z2U.com