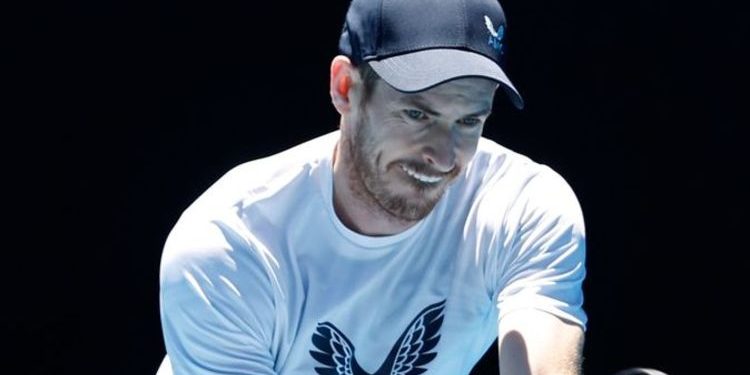 
Andy Murray has been involved in an amusing exchange with his fellow British star Liam Broady over a case of mistaken identity involving Emma Raducanu. With the Australian Open just around the corner, the trio are hard at work practicing ahead of what is set to be another fascinating tournament in Melbourne.

On New Year’s Day the LTA shared pictures of Murray and Raducanu hitting strokes, along with Raducanu having a fist pump with her coach Torben Beltz.

From behind, however, Beltz bore a resemblance to Murray, and Broady left a reply on Twitter which read: “Why is Andy’s body shaped like a teapot in the third picture.”

However, an hour or so later he rectified his mistake, adding: “I’ve just realised this is Emma’s coach and not Andy hahahahahahaha.”

Murray somewhat threw him under the bus, however, by sharing a WhatsApp exchange the two had had regarding the photo.

And he responded: “You didn’t realise Liam. I told you when you messaged me trying to make fun of me. Not only are you an idiot you’re a liar.”

Broady’s sister Naomi, who is also a tennis player, had the final word on the saga by joking: “Embarrassment to the family.”

Spirits certainly seem to be high in the British camp judging by their social media activity, and Murray in particular seems to be raring to go.

He recently sent another tweet praising the facilities in Melbourne, and is clearly relishing the chance to return to action in Australia.

“Haven’t been back to Melbourne @AustralianOpen for 3 years but it always amazes me the improvements @TennisAustralia make to the event year on year,” Murray said.

“Easily the best facilities on tour. Gyms, recovery areas, dining, transport all improved even during Covid.”

The competition gets underway on January 17, but much of the build-up has centred around whether or not men’s No.1 Novak Djokovic will feature, with his vaccine status still unknown.

The Serb pulled out of the ATP Cup, and is thought to currently be in Marbella for some warm-weather training.

Australian Open boss Craig Tiley recently said: “We’ve still got a few charter flights coming in until the end of this week and then all the players will be here. As far as the status relates to Novak, I think we’ll have a much clearer picture in the coming days otherwise it’s getting pretty late to show up and play the Australian Open.

“There’s quite a bit to play out and I think it will play out in the coming days.”