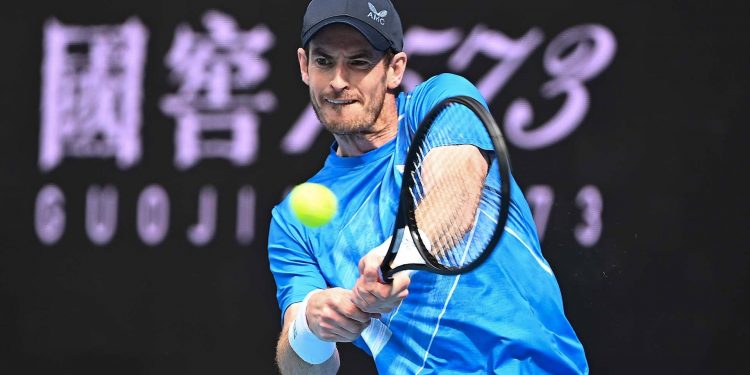 
Former World No. 1 Andy Murray revealed all the hard work he has put in following his hip surgery in 2019 is made worthwhile for victories such as the one he earned Tuesday, where he edged 21st seed Nikoloz Basilashvili in five sets to reach the second round at the Australian Open.

“I think winning matches like today and competing against guys that are around 20, 25 [in the ATP Rankings] is something I am proud of,” Murray said in his post-match press conference. “It’s not easy. I put a lot of work and effort in. Even since the operation [I have had] various issues as well. [But I] kept going and days like today make it worthwhile.”

Murray’s victory against Basilashvili was his first in Melbourne since 2017, when the five-time finalist reached the fourth round as the top seed.

In an epic clash, the wild card showed great movement against Basilashvili, forcing the Georgian into errors with his court coverage. It is an aspect of his game Murray has been monitoring closely since he started building himself back up to full fitness.

“The direction is to try to maintain that, and the best way for me to do that is staying healthy for a long time. It’s not as easy for those things just to come back as quickly as they used to when I was younger. So, if I miss a period of time without playing or training, it takes a little bit longer.”

Murray’s last appearance at the Australian Open came in 2019 when he lost to Roberto Bautista Agut in an emotional five-set performance, with the 46-time tour-level titlist fearing it would be his final match due to his hip injury.

However, the World No. 113 has since returned to Tour and won Grand Slam matches against Yoshihito Nishioka, Basilashvili and Oscar Otte. Murray has yet to advance at a major with a straight-sets win though, which is the next aim for the Scot.

“Obviously it would be nice to win matches slightly quicker,” Murray said. “It’s difficult to get the balance, because if right now I’m playing Top 20 level tennis, then when I’m playing anyone that’s in the Top 50, those matches are going to be very, very competitive and difficult to win.

“If you start trying to play a different style of tennis and try to shorten points you maybe make a few more mistakes or maybe don’t break serve as much, that also can prolong matches. When I look back at a lot of my matches in 2015, 2016, I was quite efficient and clinical when I had opportunities. Hopefully, if I can continue to improve my level, I’ll be able to shorten some of the matches.”

Murray will next play Taro Daniel as he aims to reach the third round in Melbourne for the 11th time. The 34-year-old leads the Japanese qualifier 1-0 in their ATPHead2Head series.

On the match, Murray said: “He is a solid player, moves very well. No big weaknesses in his game. It will be a good test for me to see how I can sort of back up the performance of today.”