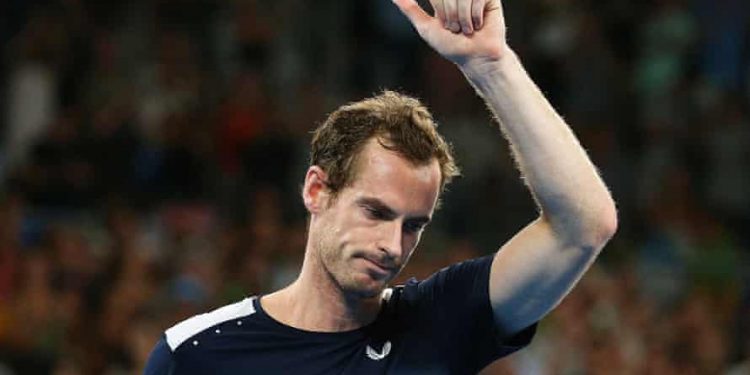 
Novak Djokovic’s deportation from Australia on the eve of the Australian Open is bad for tennis and an avoidable issue that could have been addressed long ago, Andy Murray has said.

“It’s a tough one for [Djokovic],” said the Scot, speaking moments after the decision to cancel the world No 1’s visa and deport him from Australia was upheld by the courts. “Obviously, it’s not ideal for the tournament, either. I just think, overall, the whole situation has been bad for the sport.”

Murray continued: “Now I hope the tennis is what gets spoken about, and what the players are doing on the court, and all the good stories that are happening. It just feels like the whole thing could have been avoided, or maybe addressed a number of months ago, rather than like it all happening right at the last moment.”

One such event filled with good stories, that was overshadowed by Djokovic’s unfolding visa drama, was Murray’s run to the final of the Sydney International, just his second ATP final since 2017. He defeated two top 25 players, Reilly Opelka and Nikoloz Basilashvili before losing in the final to Aslan Karatsev, the top seed. Murray will again face Basilashvili, the 21st seed, in the first round of the Australian Open.

The last time Murray was in Melbourne it is fair to say that a few things happened. By the beginning of 2019, Murray had been struggling badly with his left hip for two years, unable to even put on his socks without significant pain let alone contest gruelling five-set tennis matches. He announced in an emotional press conference before the tournament that retirement appeared to be on the horizon and after a classic, unforgettable first-round defeat against Roberto Bautista Agut, the tournament held a mini-retirement ceremony for him. It seemed to be the end.

Murray says he does not remember much about what happened after the match, but the buildup to the event was evidently unforgettable. He spent the off-season having frank conversations with his family about the constant pain he was in which was hard to forget. “I’m still surprised that I was able to perform like I did with the lack of practice and preparation, and also how bad my body was feeling at the time. And yeah, it’s a great memory. Obviously, it turned out not to be my last match which I’m really happy about but it certainly could have been. Yeah, it would have been fine. It would have been a good way to finish.”

On the subject of the ideal retirement, Murray says he has not thought about it much but he is honest and frank about how increasingly difficult the tour is for a man of his age with a family. “For me, it is becoming harder, like leaving the family and stuff, I find that more difficult now than what I did a couple of years ago. For example, if I had another injury again, which was going to be like a long rehab, or whatever, something happened to the hip, obviously, that would be the end.”

Instead of heading home to contemplate the end of his career, Murray underwent hip resurfacing surgery as a new stage of his career began. He says, when comparing those days with now, that it is particularly pleasant not to wake up in pain any more. “Now, I sort of know that, yeah, like the end could be any time really now. So I’m just trying to make the most of every opportunity in terms of my performance and the kind of results whereas in 2019 it’s a good job I didn’t win that match as I wouldn’t have been able to play the next round. Here I can go in and physically I’m in a pretty good place.”

The question for Murray remains exactly how good this place is and what his potential is at 34 years old and with a metal hip. Although he was battered by Karatsev in the Sydney final, he played at a high level, particularly in the vintage manner that he dismantled Opelka’s enormous serve in the final two sets of their semi-final.

The second half of last season was the first time since 2017 that Murray was able to play regularly and build up his form with every tournament. It was a mixed bag of results: he clinched two top-10 wins in the indoor season, he was competitive against most top opponents and he demonstrated that he still possesses his particular combination of movement, intelligence and elite returning to at least mix with the best.

But while his level clearly grew throughout last year, he was ultimately unable to piece together wins and move deeper in tournaments. He either struggled to perform in a consistent string of matches, or else he engaged in far too many long matches that robbed him of the ability to move efficiently through tournament draws. That he has registered a deep run so early in the season was an essential reaffirmation of the positive direction he continues to move in and how much more there could be to come.