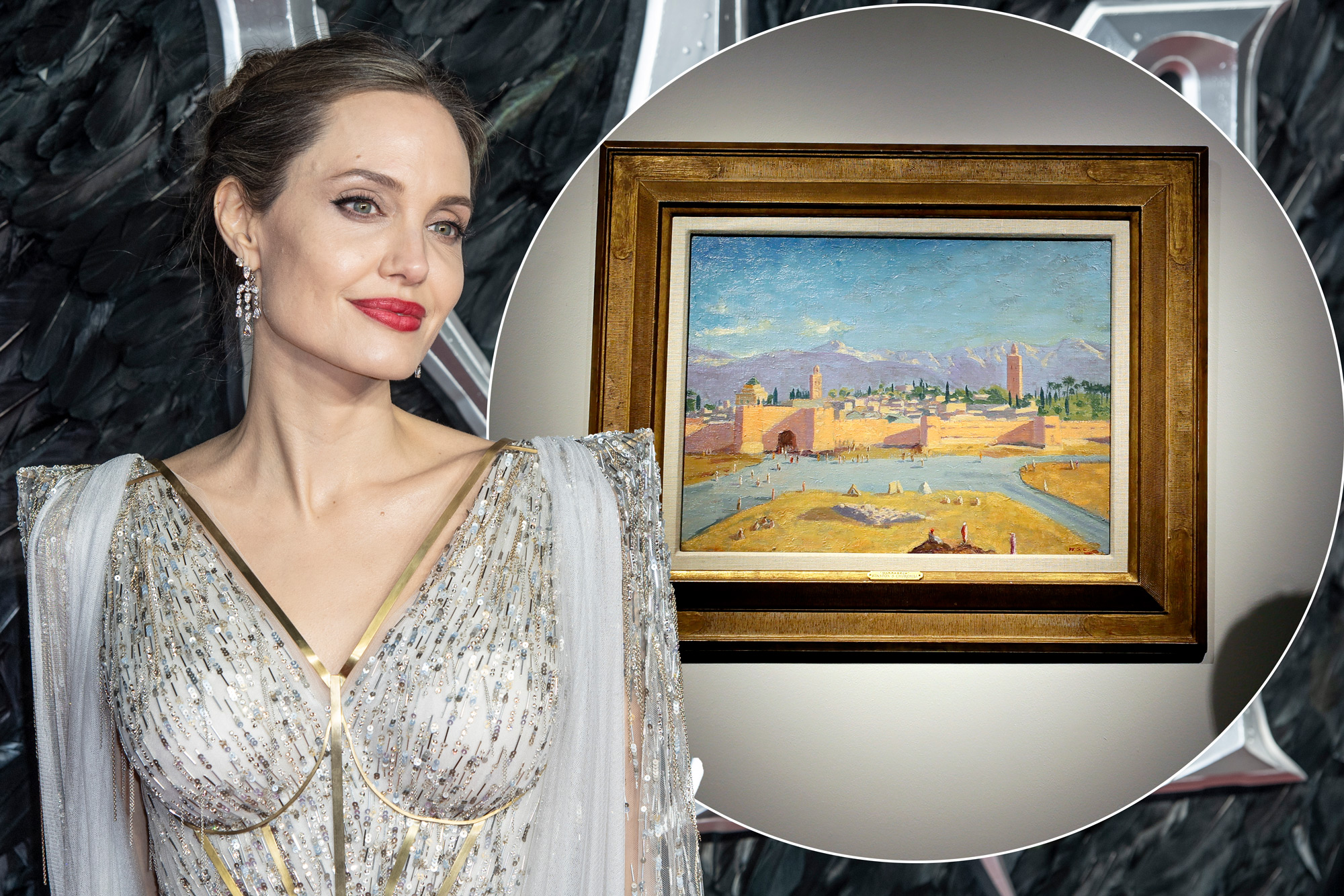 Angelina Jolie sold off a Winston Churchill painting that Brad Pitt bought her as a gift for $11.5 million on Monday.

The work was gifted to Jolie by her estranged husband Pitt, who bought it for $2.95 million in 2011 from a New Orleans antique dealer, M.S. Rau, we previously revealed.

Reports on Monday said that the 1943 Churchill painting, “Tower of the Koutoubia Mosque,” sold for a record-breaking $11.5 million to a mystery Belgian bidder at Christie’s “Modern British Art Evening Sale” auction in London. The same bidder also bought two more Churchill works in the sale, the Art Newspaper reported.

The painting — which shattered its estimate of $3.4 million — was sold via the Jolie Family Collection. Reps have not commented on why the movie star was selling off the gift from her ex. Jolie and Pitt’s divorce has been dragging on for years, ever since they announced their split in 2016.

Seems art lover Pitt has a good eye: The previous record for a Churchill painting was reportedly around $2.5 million.

Sources previously told us that Pitt’s role in Quentin Tarantino’s World War II drama, “Inglourious Basterds,” helped inspire his interest in the Churchill work. He and Jolie also reportedly once visited the Churchill War Rooms together in the UK for a private tour.

Bill Rau of M.S. Rau told Page Six of the record-breaking Monday sale: “When we sold the ‘Tower of the Koutoubia Mosque’ by Winston Churchill, it was valued at just under $3 million, a fair price for such a historic work. The fact that it sold at auction for [$11.5 million] just goes to show you that important pieces will continue to be coveted and fetch top dollar. The painting has had an unprecedented journey, from being gifted to a US President [Churchill gave it to Franklin D. Roosevelt], to being hidden away in a closet for nearly half a century, to being owned by the most famous couple in Hollywood. I’m thrilled that M.S. Rau was able to bring this amazing piece back into the spotlight.”

Before Pitt bought it, the painting was passed from FDR to his son, who sold it in 1950 to an art collector in Nebraska. It was later sold to a movie producer, Norman G. Hickman, who was involved in a 1964 Churchill-themed film, “The Finest Hours.” The painting was then left to Hickman’s relatives after he died, and wound up in a closet for 15 years until it was sold by Rau.