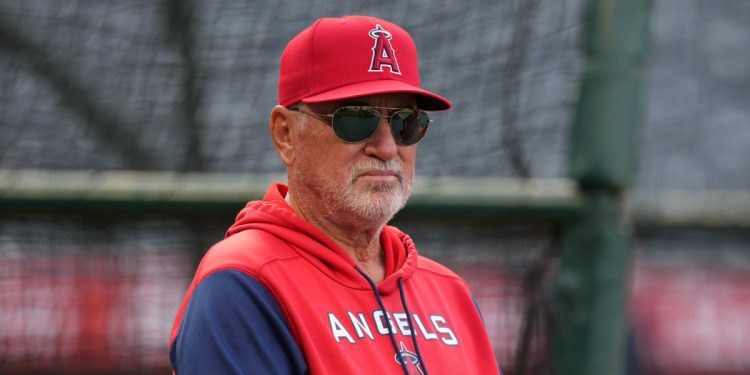 Just one week into the Major League Baseball season, there has been plenty of excitement after an offseason mired by the lockout.

Friday night’s game between the Angels and the Rangers provided a strategic move that has happened just a handful of times in the sport’s history.

With the Angels trailing the Rangers 3–2 in the fourth inning, Los Angeles manager Joe Maddon told his pitcher Austin Warren to intentionally walk Rangers shortstop Corey Seager with the bases loaded, surrendering a free run that put his team down 4–2.

Issuing an intentional walk with the bases loaded and giving up a free run does not happen very often. In fact, Maddon’s decision to intentionally walk in a run was only the third such instance of the strategic move since 1950.

Seager joins Barry Bonds in 1998 and Josh Hamilton in 2008 as players who have been intentionally walked with the bases loaded. Interestingly enough, Maddon was the one who made the decision on Josh Hamilton’s walk in 2008 when he was coaching the Rays—against the Rangers.

The Angels eventually won the game 9–6, and Maddon was asked about the move during postgame availability.

“I thought by walking Seager there, of course, just trying to stay out of a big blow. And also just to stir the group up, quite frankly,” Maddon said.

“I walked out there and looked at [Warren]. I said, ‘How about …’ and then he kind of said, ‘Putting him on.’ I said, ‘Yeah, how about putting him on?’ And he kind of smiled. And then the infielders kind of dug it too,” Maddon continued.

Avoiding pitching to Seager made some sense, as the two-time all-star joined the Rangers on a 10-year, $325 million deal this offseason after spending the first six seasons of his career with the Dodgers. The shortstop has hit .346 in six games so far this year.

Maddon elected not to allow Seager to continue his hot start to the season on Friday night. Ultimately, the strange decision led to his team rallying and winning the game in Texas.

Horizon Forbidden West's creative director is talking about 'the next game'