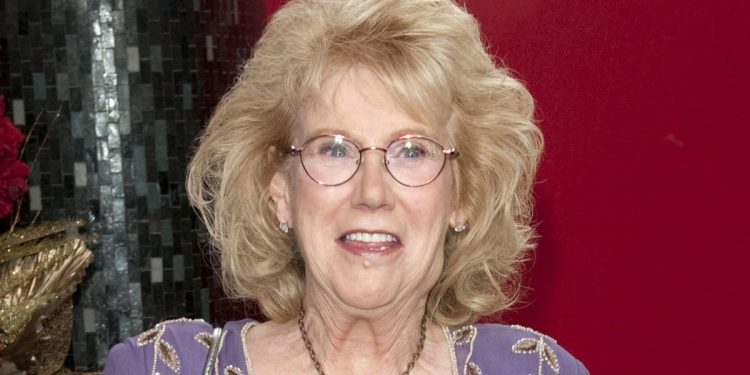 
EastEnders star Anna Karen, who was 85, tragically passed away in a house fire at her home in Ilford, east London

Soap icon Anna Karen’s neighbours believe the house fire she died in was caused by a lit cigarette.

The EastEnders star, 85, died in the horror blaze as firefighters were called to the scene in Ilford shortly after 10.30 pm last night.

She was known for her role as Olive in 70s comedy On The Buses and had played Peggy Mitchell’s sister Aunt Sal in the ITV soap.

A spokesperson for London Fire Brigade said the cause of the fire is under investigation.

However, a neighbour believes the blaze may have started due to a cigarette.

A source told The Sun : “She was apparently in bed at the time of the fire. It’s thought she fell asleep with a cigarette.”

Her agent Shane Collins also told the publication: “We don’t know if it was an electrical fault or whether it was because she was smoking.”

Anna died in her Ilford home
(

The fire brigade were called to the scene shortly after 10.30pm
(

They managed to get the blaze under control on the ground floor of the terraced house in less than an hour but tragically it was too late to save Anna.

Anna had resided in London since she was 17 years old and lived in the modest east London home.

Following her death, her family told MailOnline: “We are absolutely horrified at the news about Anna.”

A spokesperson for London Fire Brigade confirmed the death with a statement.

“Sadly, a woman has died following a house fire on Windsor Road in Ilford,” they said. “Part of the ground floor of a mid-terrace house was damaged by fire.

“Sadly a woman was pronounced dead at the scene.

The cause of the blaze is under investigation
(

…But neighbours believe it may be due to a cigarrete
(

“The Brigade was called at 2240 and the fire was under control by 2338. Three fire engines and around 20 firefighters from Ilford and Barking fire stations attended the incident. The cause of the fire is under investigation.”

Anna was born in Durban, South Africa as Ann McCall to an Irish father and English mother.

She appeared in multiple productions in South Africa before moving to London at 17.

The star made her first appearance on EastEnders in 1996, Anna reprised the role of Olive in The Rag Trade in the late 1970s and had roles in two Carry On films, Carry On Camping and Carry On Loving.