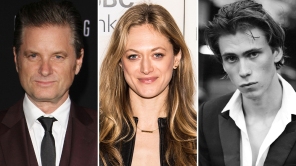 
EXCLUSIVE: The Anne Hathaway and Thomasin McKenzie feature, Eileen, based on Ottessa Moshfegh bestseller, which just wrapped in New Jersey, is being sold at EFM by Endeavor Content and WME Independent.

In the film, Eileen (McKenzie) is a peculiar young woman – aloof and unphased by the gloomy nature of her job at the local youth prison. But something in her changes the day that the new counselor, Dr. Rebecca St. John (Oscar winner Hathaway) arrives. She is instantly captivated by Rebecca’s glamorous, enigmatic presence. As the two women grow closer, Eileen is inspired to explore new facets of her own personality and desires. But her metamorphosis takes a twisted turn when Rebecca reveals a dark secret – throwing Eileen onto a much more sinister path.

Luke Goebel and Moshfegh adapted the screenplay off the latter’s Hemingway Foundation/PEN Award-winning novel, which was shortlisted for the 2016 Man Booker Prize.

“This is a movie about a woman breaking free,” said the pic’s producer, Likely Story’s Anthony Bregman. “Eileen is stuck inside the constraints of history, place, social class, upbringing, and imagination, and Rebecca provides her with a deviant way out. We’re lucky that our own partners in crime are storytellers, performers, and producing partners devilish enough to make that journey both shocking and entertaining.”

“We are thrilled to be working with such bold and talented filmmakers to bring this daring emotional thriller to life,” said Negeen Yazdi, SVP Film Development and Production at Endeavor Content. “Will’s vision is a perfect match for Ottessa’s delicious characters who will be played by two of the most dazzlingly compelling actors working today.”